Wrexham has historically been home to a major barracks known locally as the Hightown barracks, which was headquarters to the Royal Welch Fusiliers until it merged with the Royal Welsh as 1st Battalion in 2006 and relocated to nearby Chester. The Fusiliers also had a large drill hall on Poyser Street on the opposite side of town.

An airbase, RAF Wrexham, was used to defend the industrial centres of Liverpool and Merseyside, as well as Wrexham’s Royal Ordnance Factory, ROF Wrexham from air attack during World War II, and the airfield itself had been used for training purposes since 1917. There were a few incidents in its many years of operation, and care is being taken in construction of a new road around the site to not disturb any aircraft remains. The airbase was closed in the years after the war, and the land has since been used as a quarry. While the terms of the lease mandate the land must be returned to its previous state once finished with, it is anticipated this is a pre-airfield state.

The cemetery in Ruabon Road in Wrexham contains 40 Polish war graves. The burials of the soldiers were made in the years 1946 and 1947. The graves are under the care of the Commonwealth War Graves Commission. A memorial to the memory of the Polish armed forces and their families was erected at the entrance to the cemetery in 1989. The inscription on the memorial, in Polish, English and Welsh, reads: “In memory of the Polish soldiers and their families, for whom a return to a Free Poland was not given, who rest here and in other cemeteries in Wales”. The Polish war graves are located in a special plot in the cemetery. The plot contains both Polish and Commonwealth war dead.

Between 1962 and 1992 there was a hardened nuclear bunker, built at Borras for No 17 Group Royal Observer Corps North Wales, who provided the field force in Western Area of the United Kingdom Warning and Monitoring Organisation and would have sounded the four minute warning alarm in the event of war and warned the population of Wrexham in the event of approaching radioactive fallout. The building was manned by up to 120 volunteers who trained on a weekly basis and wore a Royal Air Force-style uniform.

After the break up of the communist bloc in 1989, the Corps was disbanded between September 1991 and December 1995. However, the nuclear bunker still stands at Borras Park. Between the ROC vacating the premises in September 1991 and its new use as a recording studio around 1993, the building was under preparation for use as the Home Office North Wales Regional Government Headquarters (RGHQ) although it is unlikely it was ever actually activated as such, given the short time-scale. 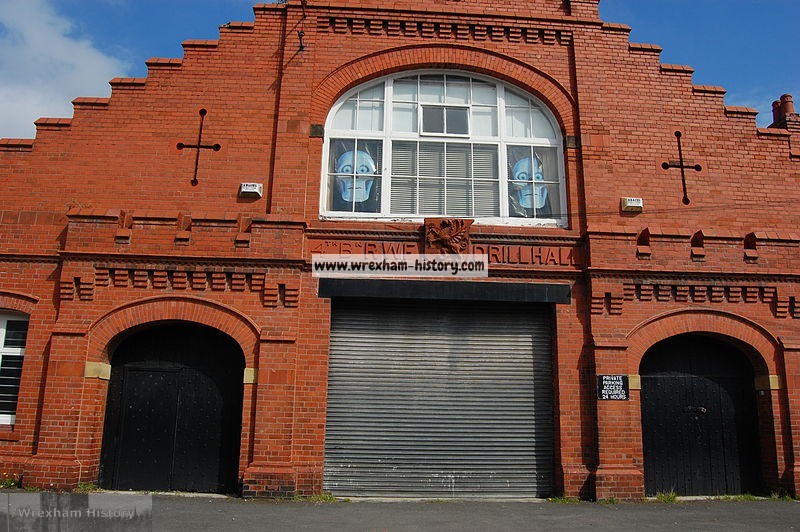 Crane & Sons, Regent Street, Wrexham Messrs. Crane and Sons, Pianoforte Manufacturers and Importers, were established in Liverpool, as far back as the year 1850, and held a position of the highest status in commercial [more]