THE main news story in the early 1920s was the arrival of a military tank in the town. It had been presented by the government in recognition of the £6m invested by the town and district in War Bonds. It arrived by rail and was driven under its own power to High Street, where a procession was formed. 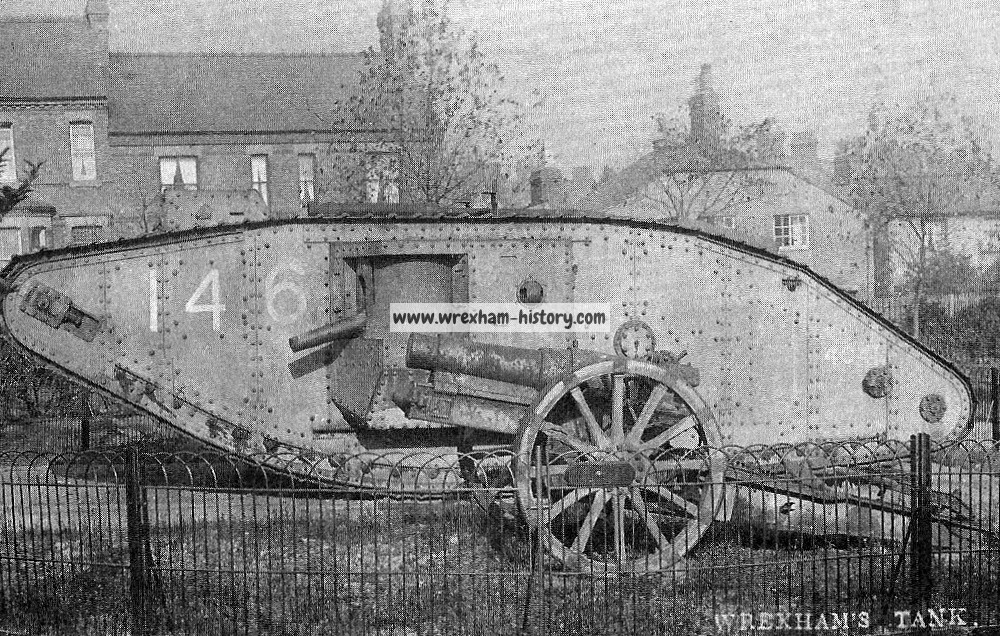 Headed by the Rhosddu and Gresford Silver Band, and the Mayor and civic officials, the tank made its way to the Parciau where the war relic was handed over to Sir Leonard Rowland, chairman of the War Savings Committee. According to a report, the tank “made very small work of any gutters or obstacles it encountered on its way”.

After a few years, however, it became an eyesore and a danger to children and it was decided to scrap it. Mr Arthur Cudworth, whose firm undertook the job, tells me that this was in the late `twenties`: And”, he adds, “there May be still bits of the old tank lying around somewhere”.

The tank was replaced in the Parciau by the statue of Queen Victoria which, since the early part of the century, had stood outside the old Guildhall.

The statue was presented to the town by Mr. Henry Price, sculptor. It was erected by public subscription and unveiled by the Mayoress Birkett-Evans on the 1st May 1905 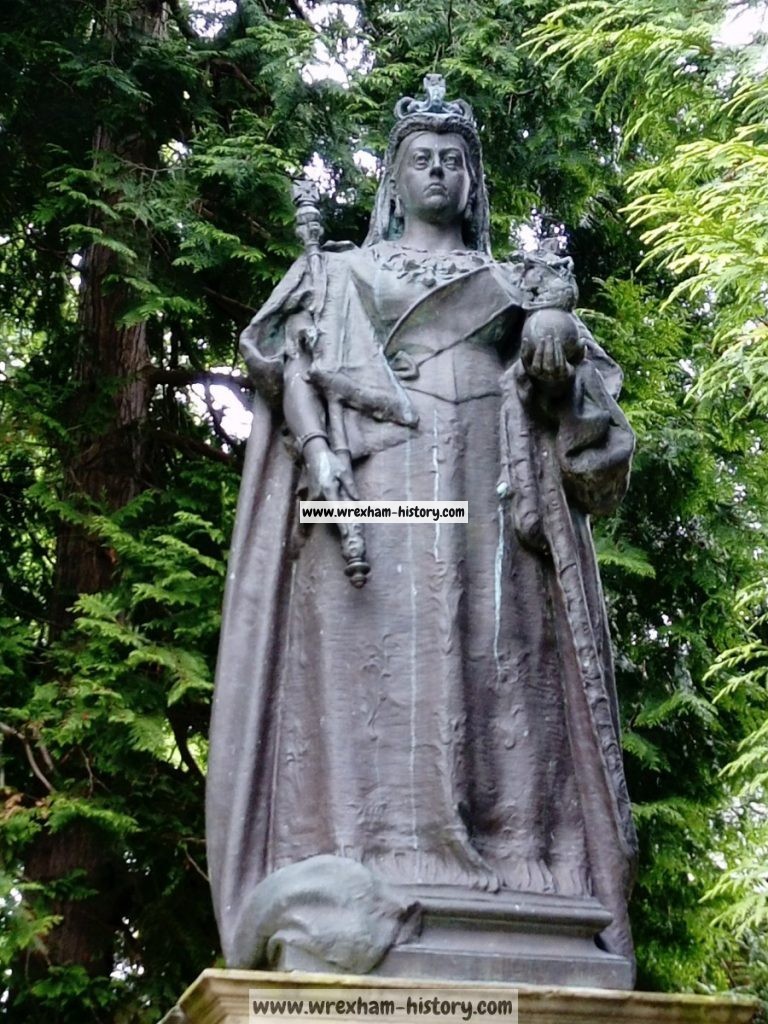 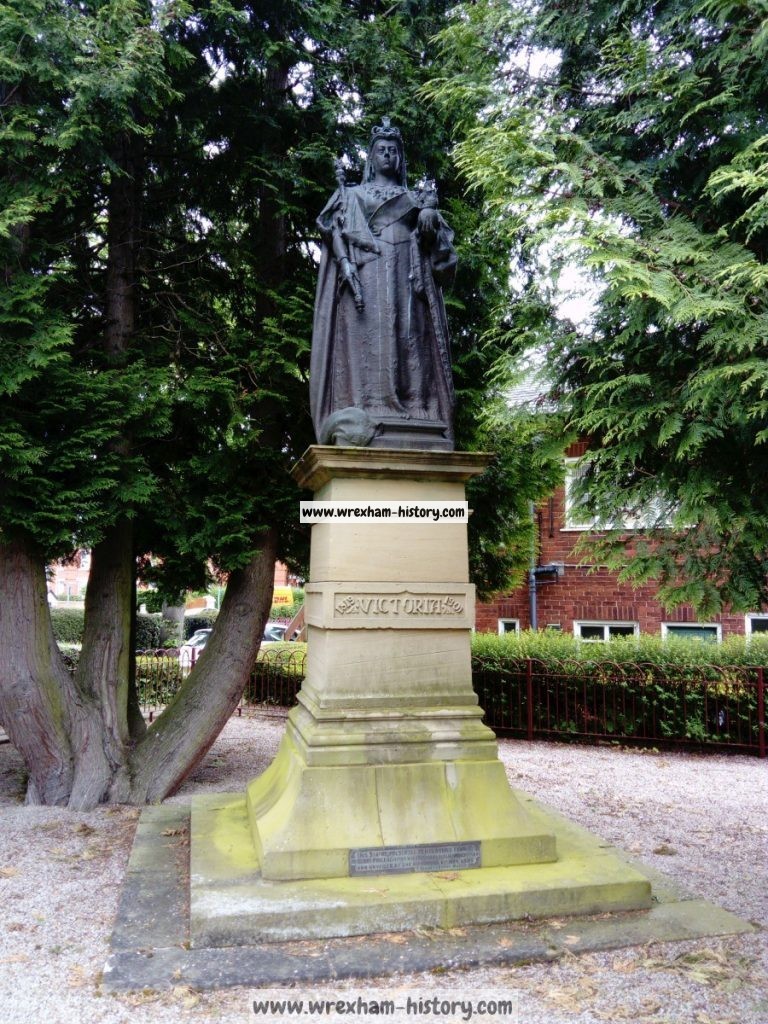 View of the old Town Hall that once stood on Town Hill, Wrexham. Taken around 1935, showing the direction sign to Mold and the Coast. Total Page Visits: 1206 – Today Page Visits: 1