The first regular fire brigade in Wrexham was the Prince of Wales’ Volunteer Fire Brigade. The brigade was formed in 1863. They had two horse-drawn fire engines and in 1894 had their own purpose built fire station on the old Guildhall Square off Chester Street.

In 1895 a dispute broke out when local people accused the volunteers of being slow to reach a fire at the Victorian Corn Mills at the Beast Market (near Tesco’s.) The volunteers were not happy and went on strike. In response the Borough Council set up their own volunteer fire service. In 1904 they started to pay the firemen and in 1914 purchased a motorised fire engine, the first in North Wales. Maud Elsie was purchased by the Borough Council in 1914 and was named after the daughter of the chairman of the Watch Committee which was responsible for the fire brigade in Wrexham. 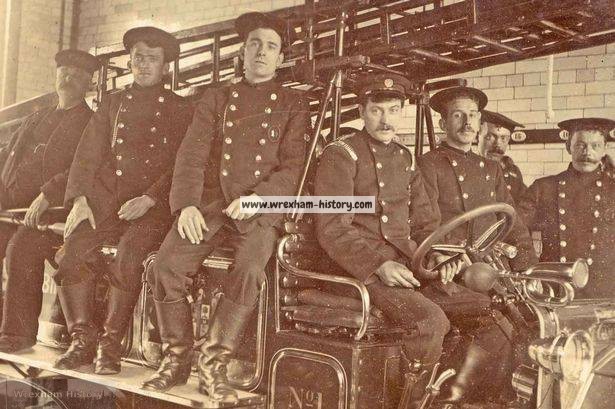 Mary Ann Dickinson was born in Newcastle under Lyme, Staffordshire in 1866, she was the daughter of William Dickinson and Mary Fallon. Her father was a Sergeant Major with the 3rd Staffordshire militia. Her mother [more] [more]

The changing view of Yorke Street

The changing view of Yorke Street. Many of the streets in Wrexham have seen major changes to it’s street view, here are a few views of Yorke Street. Sources: Graham Lloyd, Wrexham Museum, Hayley Angel [more]