The villages of Worthenbury and Tallarn Green.

Willington, Worthenbury is part of Wrexham County Borough and situated near the England–Wales border.

It is located on the eastern side of the River Dee in the English Maelor area which was formerly part of the historic county of Flintshire. It has the lowest proportion of Welsh language speakers of all the communities in Wrexham county borough, with 88.81% having no knowledge of Welsh according to the 2001 census.

Settlement at Worthenbury may have begun as early as the tenth century. The name Worthenbury may stem from the Saxon name for a stronghold ‘burgh’, indicating that a fortification may have been situated there. There has been a parish church in the village since at least 1388. The current building was built in 1739; it is dedicated to Saint Deiniol and has many Georgian features.

South of the village once stood Emral Hall, home to the influential Puleston family until 1936 when it was demolished. Located adjacent to the main A 525 Whitchurch Road on its south side between Pandy and Horseman’s Green. 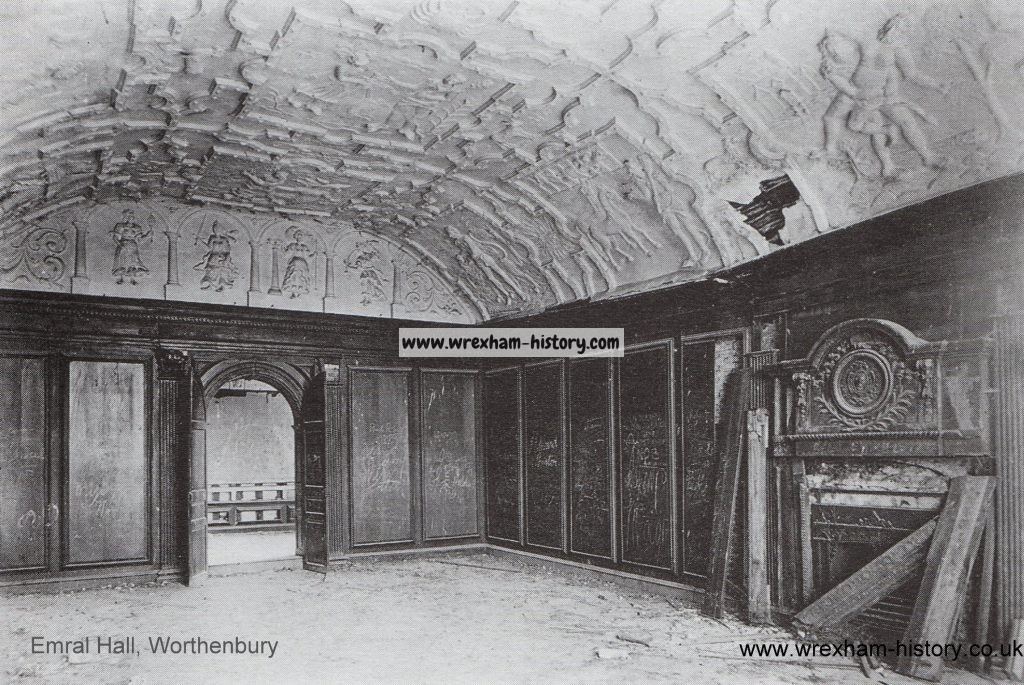 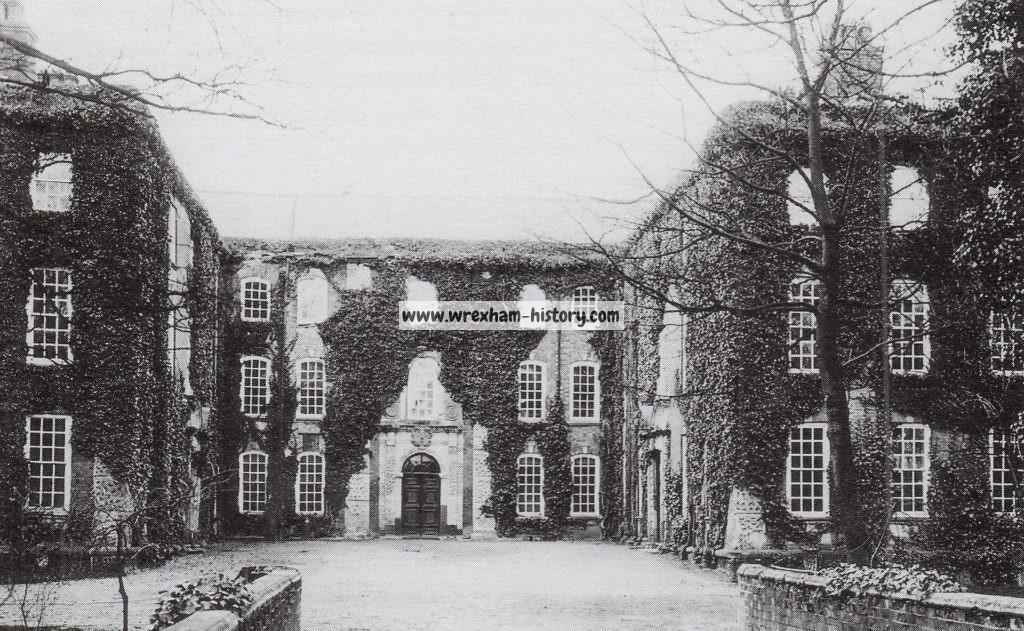 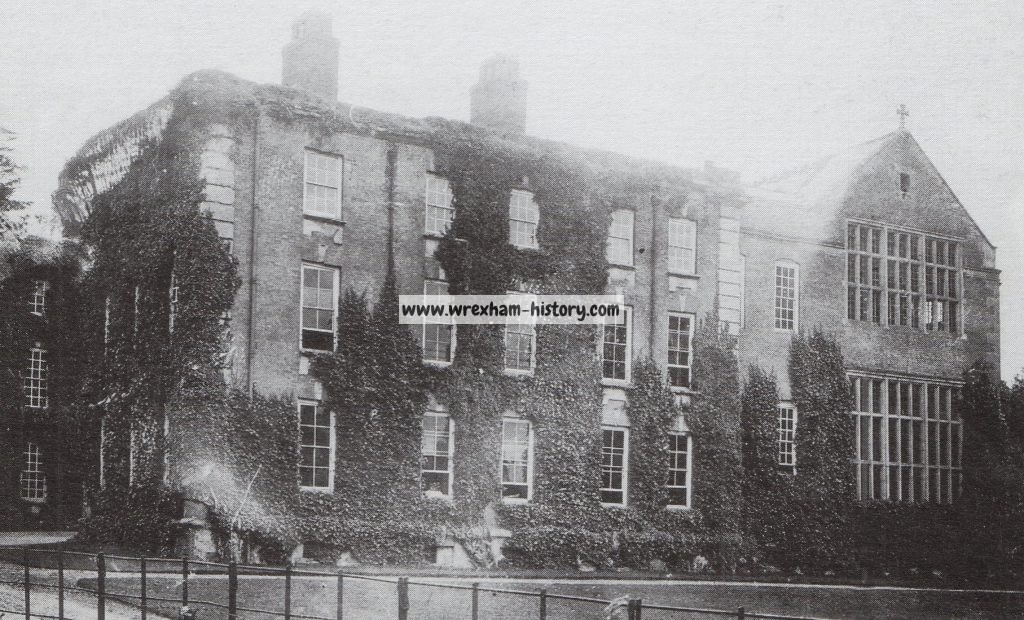 Buck House Farm, Wrexham Road, Willington.
It originated as a timber-framed house originally built in 1540, extended in the 1700’s and again in the 1800’s. It was previously used as an Inn from at least 1725-1925. Remains of what is said to be a cock-pit is located to the rear.

The internal timber framed partition wall to original house including part of carved door-head and section of wattle and daub which has been exposed for display. The former late 1700’s to early 1800’s stable block has been internally refurbished to form open living accommodation. Some C18 doors have strap hinges.

Externally there is a single storey with attic, multi-phase front elevation, of principal interest of which is the sub-medieval timber-framed gable with whitened brick nogging; casement windows and modern concrete tiled roof. Attached to the east side is an C18 two-storey whitewashed brick house with central porch under a slate roof with brick chimney stack to the gable end and single-storey rear lean-to. Further to the east is a late C18/early C19 lightly scantled timber-framed stable wing under slate roof with a blocked off cart entrance. To the west of the timber-framed gable is a C19 milking parlour of red brick under slate roof.

Tallarn Green also has a small church, completed in 1873 and dedicated to Mary Magdalene. The famous poet R. S. Thomas was curate here in the 1940s. The churchyard contains the war grave of a Manchester Regiment soldier of World War I. The word “green” in the name of the village indicates an area of grassy common land.

The Manor and Quinton.

Located off the main road through Worthenbury (B 5069) shortly before Worthenbury Bridge with views towards Hollybush Lane to the south. It is reached by a short private drive and secluded in its own grounds.

History
An extensive remodelling and enlargement of 1899-1900 of an earlier Manor on the same site for Crawshaw Wellington Puleston, a branch of the Puleston’s of Emral Hall. Architect unknown but possibly T M Lockwood & Son whose Dodleston Girls Home of 1900-01 for the Duke of Westminster bears close resemblance. The estate was inherited on the death of the Rev Sir T H Gresley Puleston in 1896 and sold after the re-modelling in 1909 by Crawshaw. Possession passed to a Captain Rainer, then Geoffrey Stevenson (a Liverpool merchant), Lord Kenyon in 1952 and the last owner before subdivision, a Mrs. Latham. Currently divided into two separate dwellings, The Manor and Quinton.

Interior
Dining Room of The Manor contains mitred wood panelling said to have come from Emral Hall but incorporating new fire-surround. Hall with large walk-in inglenook fireplace with inscription to lintel “Welcome ever smiles, but Farewell goes out sighing”. Shallow Tudor arched fireplaces to ground floor of The Manor, profile repeated in decorative scheme throughout. Most original fireplaces remain throughout together with many fixtures and fittings. Character of Quinton more Adam Revival than the Tudor Gothic of The Manor.

Buck Farm, Wrexham Road, Willington. 1066 Following the invasion by the Normans in 1066, Cheshire had remained under the control of Saxon Earl Edwin. However, in 1069 he took part in the rebellion of the [more]

A country mansion built around 1739, went through many stages of being remodelled. It was a three storey building with a west front which had a five bay centre between 2 semi circular bows and [more]

THE HISTORY OF EMRAL dates back to the times of the Romans, and can be claimed to be one of the most Historic Mansions in the area. Llewelyn ap Gruffydd re-asserted his control on the area [more]