Today is four years since Wrexham History was launched

I have had my own personal websites for a number of years and also became a Facebook user around 2009. I’m not sure when I became interested in local history apart from having several books on the subject but, following a conversation on Facebook about the pubs in Penycae. We had established there were once 13 pubs in Penycae, but we could only name 12, so the search was on to discover what the missing pub was called. Then, following a discussion with his dad, John Davies managed to solve the mystery. This then led me to start a new list with the pubs in Rhos and Ponciau and with the help of the Rhos Facebook group, along with Dave Edwards, leuan Roberts the list was completed, or so we thought.

Whilst my own personal site at this time was more about sharing my own pictures I had started to collect pictures from various sources of local buildings and landmarks, this prompted me to start seeking permission to put them on my site. I was more than surprised with the amount of interest people had shown in the website so I started to put more and more pictures and info from around the Rhos and Penycae area.

And so it began, I was hooked. I started to look at old newspapers like the Rhos Herald and the Wrexham Advertiser.

I came across this article from the Wrexham Advertiser on Saturday, July 22, 1882; COUNTY MAGISTRATES’ COURT. Michael Cafferty employed by Mr Bierne brewer of Wrexham was charged with stealing a ferret, property of Edward Parry rat catcher. Ordered to pay costs and deliver the ferret before court rose, which was done.

This one article made me want to know more and more about Michael Cafferty, so I started to collate more info on him and the Welsh Harp in Abbot Street which also led to me discovering all the pubs on that one street, I then went on to compile a list of Wrexham pubs along with Ruabon, Cefn, Acrefair & most of the Wrexham County.

Emral Hall, Worthenbury was another one that got me gripped. When I came across a picture of one of the barrel vaulted ceilings prior to demolition in 1936. I wanted to know more about this and many other places, it seemed such a shame it was demolished, but Mr Clough Williams-Ellis who owned Portmeirion village purchased the whole room, panels and ceiling at auction. And this was reconstructed in the wedding hall in Portmeirion village and is still in use today.

Following the great interest in my personal website I decided on the 31st December 2012 to register the domain name www.wrexham-history.co.uk, this was first used to forward users to my personal site. But, as the hits to the site where increasing I quickly identified the need to create a website just for the history side and keep my personal site for my own pictures.

So, on the 1st January 2013 I launched the all new Wrexham History website, having had a great response I set about expanding the areas and subjects on the site, at the time, at this time I was researching and creating every page on the site myself, so I put an invite out to recruit anyone who would be interested in researching and writing an article for the site.

Almost straight away Dave Edwards offered to write an article about THE 1904-1905 WELSH REVIVAL this was then followed by Andrea McDonald who wrote an article on the HOSPITALS OF WREXHAM.

Along with the website, on the 1st January 2013 I created the Wrexham History Facebook page and Twitter account to compliment the site. In 2014 I also created a Facebook group called WREXHAM & DISTRICT HISTORY SOCIETY for anyone to post pictures or links and have the ability to discuss and discover more on local history.

In Jan 2013 I went along to the old ESSO garage on Regent Street to photograph what was left before it was demolished and then in June of 2013 I was invited to go along with the new owner to ST.JOHNS CHURCH in Rhos to photograph the build after being closed and untouched for 10 years. I had taken over 100 pictures on the day, recording the decay of this beautiful building.

In 2014 I was happy to have on board a long-time friend who has a similar passion for the local history, John Davies has supplied many, many photographs and information from his dad Emlyn Davies, he has confirmed many dates and queries that pop up from time to time about the Penycae area and mining at Bersham and Hafod. John and I are often seen out and about with our cameras, recording any changes to the Wrexham area. 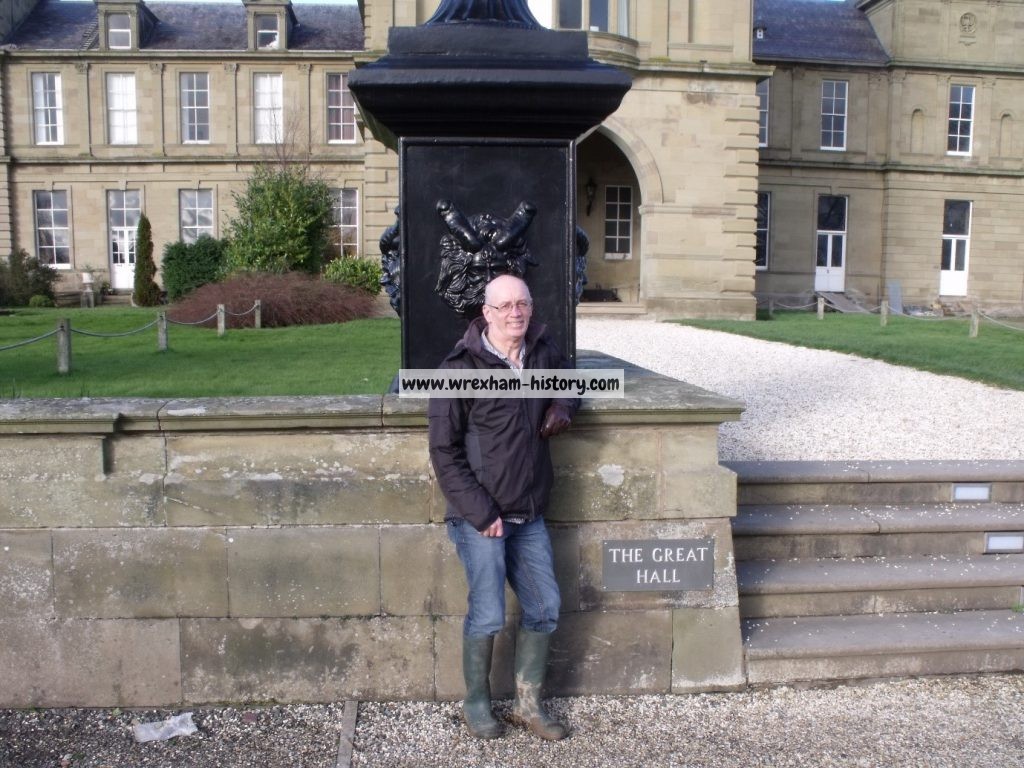 In February 2014 I went along with Dave Gray of Undegun to the top floor of the old MAELOR HOTEL (above the old JJB Sports) to once again record with pictures and video what remains of the old hotel. I was staggered at the amount of people who never knew about the hotel.

Then, on the 28th February I posted a picture on my Facebook page of T. E. Roberts expressing how sad the news was that they were to close their store, in 2 days it had been seen by over 3000 people, I was then invited to go along and photograph the store before it closed its doors for the last time.

In February 2015 we added the online shop to help raise funds to cover the costs incurred, like domain names, web hosting and equipment. The online shop has a couple of new publications available, such as The History of Ysgol Penycae and The Religious History of Penycae. We also have available many used local history books which have long since been out of print.

We are currently creating many new pages for the site, to many to list here and they are changing very fast, with new subjects of interest being researched.

Thank you all for following us and here’s to another four years.

Graham & John would like to thank all the followers, subscribers and those who have submitted articles or shared pictures for your continued support. As we celebrate 5 years since Wrexham History was formed we [more]