The Welsh Not or Welsh Note was a punishment system used in some Welsh schools in the late 19th and early 20th century to dissuade children from speaking Welsh. It was represented as a piece of wood, inscribed with the letters “WN”, that was hung around the necks of children who spoke Welsh during the school day.

The use of the “not” was recorded in the 18th century; it was also commonly known as the ‘cwstom’, the ‘Welsh stick’ and the ‘Welsh lead’ (a lump of lead). The practice was mentioned in the 1847 Reports of the commissioners of enquiry into the state of education in Wales. Though highly critical of many aspects of Welsh culture, some of the inspectors commented on the existence of the practice of using “nots” as being arbitrary and cruel. The report did not endorse the practice. The reports also clearly show that the vast majority of education in Welsh speaking communities were still conducted in Welsh.

In the later decades of the 19th century, education was compulsory but the Welsh “not” was used only in a minority of schools, and after the school boards were absorbed by the county councils following the Local Government Act 1888, instruction in Welsh in primary schools became the norm in Welsh-speaking areas. There is no evidence that the secondary schools, in which instruction was almost universally in English, made use of the “not”.

Susan Jones, Member of Parliament for Clwyd South, claimed in 2010 that the use of the Welsh Not, including caning as the punishment, persisted in some schools in her constituency until “as recently as the 1930s and 1940s”. 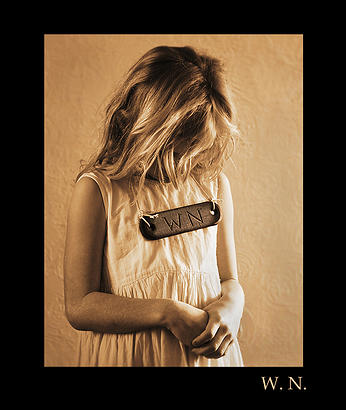 Rivulet Road and the gas tower.

Food Poisoning in the Wrexham District in 1910

Great consternation has been caused by the extraordinary outbreak of ptomaine poisoning in the Wrexham district. Three deaths have now occurred, and about 80 cases of illness have been reported. Rhos had escaped well, though [more]