The earliest known documentary evidence for a Hanmer connection with St Chad is in the charter of Leofric, Earl of Chester AD 1043, (Thorpe’s Diplomatarium Anglicanum p.352) in which he bestows upon his newly founded monastery at Coventry the vills amongst others of Hulhtune and Chadeleshunte, and a mioiety of the Vill of Eatun upon the river Dee. The latter covers the site of the ancient Bangor, while the former are Halton, (a name still remaining) and Chad-hull, the former name of Hanmer.”

The present church was established in stone on its rise above Hanmer mere by the 12th century. Chadwell, which is just off the footpath between the village and Hanmer Mill used to be highly valued in the neighbourhood. There was a custom of dressing it with flowers on Hanmer Wake Sunday – the first after St. Chad’s Day. This is recorded in the notebooks of Canon Matthew Henry Lee the Vicar of Hanmer in the late 19th century. 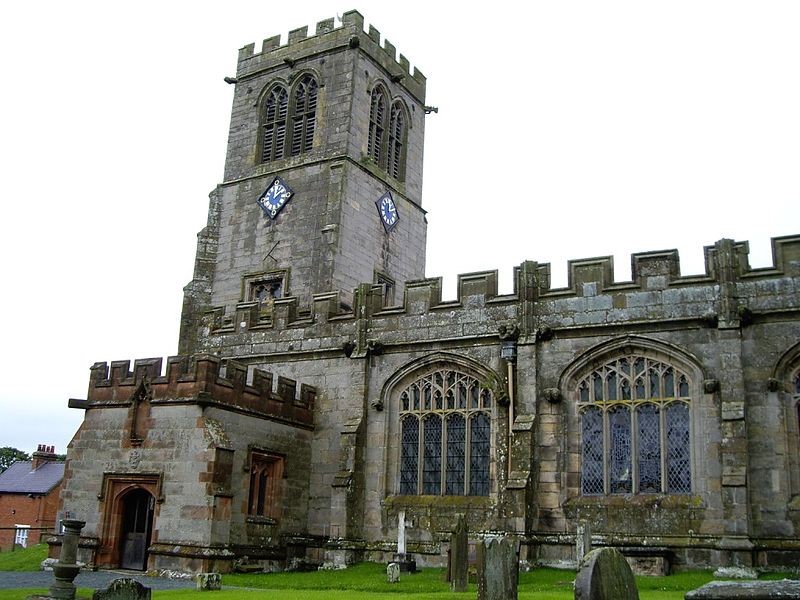 St. Mary Magdelane Church, Tallarn Green was first opened on 22nd October 1873, at a total building cost of £800 and dedicated to Mary Magdalene. The building of the clock tower was to commemorate Queen [more]

In 1869 plans were set in motion for the building of a new church to replace St Johns’ Welsh church built in 1837 and consecrated on July 31st, 1838 but it was built on a [more]

January 1876Testimonial to Rev. F. SlaterOn the evening of the 20th of November [1875], at the little school-room in Tallarn Green, the Rev. Francis Slater was presented, by the congregation, and a few other parishioners, [more]