George and John Simons are the fourth generation of travelling showmen descended from John Litchfield Simons, who started his travelling career with a Menagerie and later ran a Bioscope show. He died in his caravan on the Beast Market in Wrexham in 1903 and is buried in Wrexham cemetery.

Ellen Simons, John’s widow, along with their seven sons and five daughters, carried on the business.

George Litchfield Simons, Ellen and John’s third son, married Sarah Lewis, a showman’s daughter, in February 1913 at Wrexham. George and Sarah expanded the business, adding a set of gallopers, chairoplanes, swingboats and various children’s rides during the early years of their marriage.

Meanwhile, their only son, also named George Litchfield Simons, who was born in a caravan in The Hat Inn yard, Charles Street, Wrexham on 25th March 1917, was growing up and taking over the running of the Fair, which travelled exclusively in North Wales.

On the 23rd April 1941, George Simons Junior, as he was then known, married Elizabeth Connell at St. Mary’s Catholic Cathedral in Wrexham. Lizzie, as she was known, the daughter if another travelling showman Thomas Connell and his wife Sarah Connell nee Greatorex, was born on 8th March 1915 in a caravan in the Foresters Arms yard, Rhosllanerchrugog.

George and Lizzie owned a Noah’s Ark and a set of dodgems; also children’s rides and a roundstall. They had four children: Georgina, born 1943, Christine, born 1946, George, born 1947 and John, born 1950. All were born at Grosvenor Road Nursing Home in Wrexham and are now all married with children and grandchildren and are all still travelling show people.

George and Lizzie Simons both died in 2001. They had celebrated their 60th Wedding Anniversary in April that year. They left four children, thirteen grandchildren and fourteen great grandchildren, and are still greatly missed. They were both well known and respected throughout North Wales. Born, married and buried in Wrexham, they had always thought of the whole of North Wales as being their home and were always made welcome in every village and town they visited.

SIMONS FUN FAIR is still a family affair. Only the rides have changed along with the times; bigger, better and faster, and still enjoyed by the families of North Wales and far beyond. 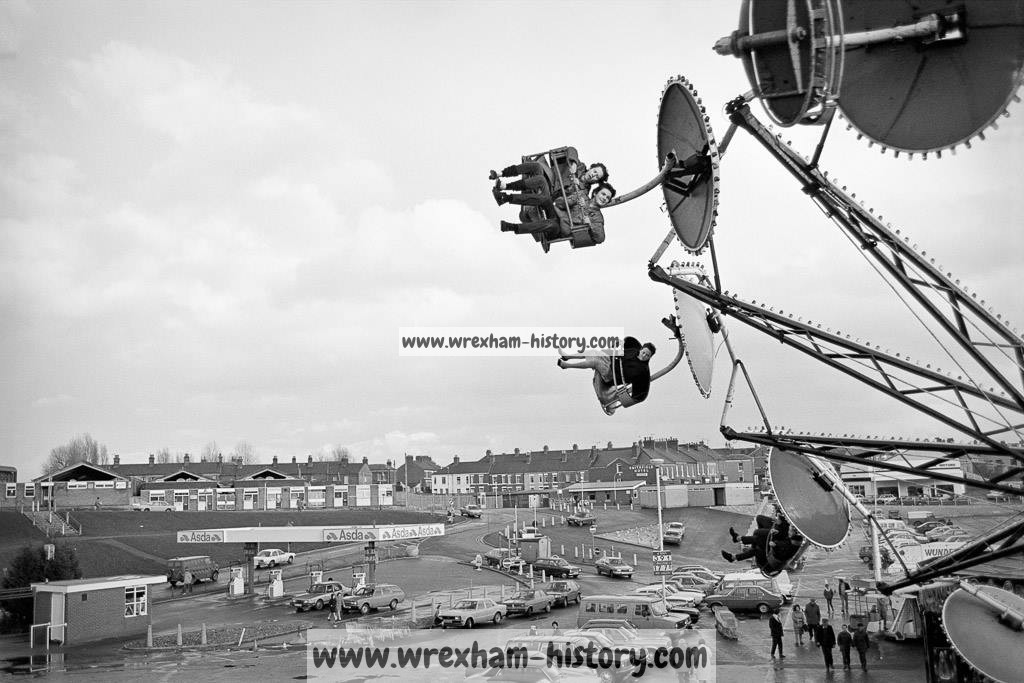