The first meeting of an Old Comrades Association of the Royal Welch Fusiliers was held at Wrexham on 4th October 1912. However, it was not until the Great War that “The Royal Welch Fusiliers Comrades Association” was founded and 1925 before a trust deed officially laying out the purposes of the Association was registered in the “Central Office of the Supreme Court of Judicature”. The Trust Deed was revised for the first time in 1987.

Membership of the Association is restricted to any individual of any rank who is serving, or has served, in the Regiment or any of its Regular Militia Service Special Reserve, Volunteer or Territorial Battalions or in any unit duly authorised and recognised by the Army Council as belonging to or forming any part of the Regiment.

The main objects of the Association are:

(a) To form a bond for all those who are serving or have served in the Regiment, and to keep members of the Association in touch with the Regiment.

(b) To promote the well-being of the Regiment as a whole and the men serving in the Regiment.

(c) To foster esprit de Corps amongst past and present members of the Regiment.

(d) To provide financial assistance in deserving cases to past and present members of the Regiment, their widows and dependents who are in need

Her Majesty The Queen is Patron of the Association and The Colonel of The Regiment is its President.

Chairman is also a Trustee.

The Trustees supervise the investment of monies not required for the current working expenses of the Association. The Secre managed the day to day expenses, and with the Regimental Secretary and one other co-opted officer, forms a Committee to consider applications for assistance.

Over the years the Trustees have invested funds as they have become available. 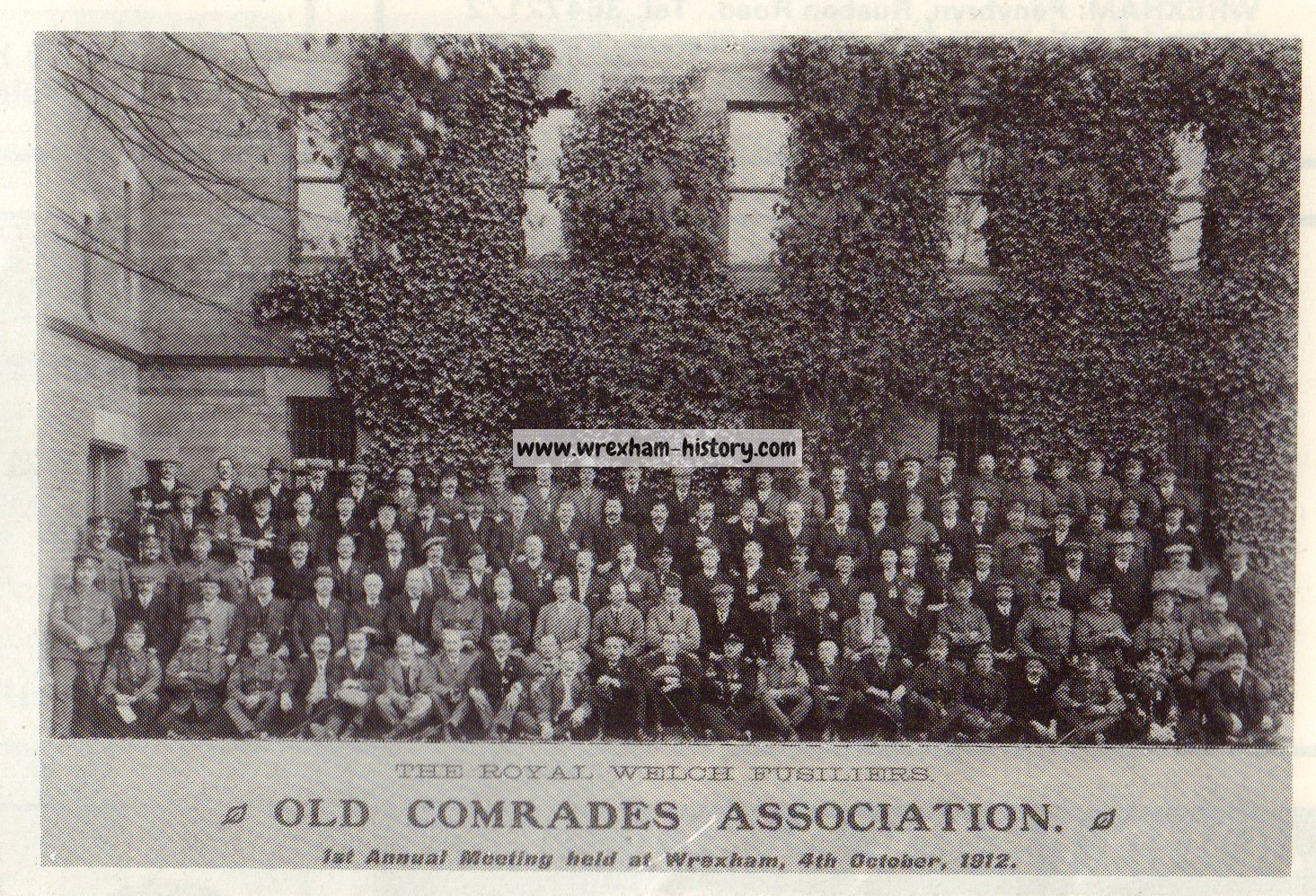 Wynnstay Place is the first really old building you see when coming in to Wrexham, it stands on the corner of King Street and Regent Street. It is named on an 1833 map of Wrexham.  [more]

Elias Jones was born on 10 April 1807 at Selattyn, Shropshire, he was the son of Thomas and Catherine Jones.  On 4 April 1837 he married Mary Jackson at Selattyn, her father was Thomas Edge [more]