The school attendance officer at the back was Arthur Augustus Roberts. The family were from Trefnant Nr. Rhyl.

Arthur’s father William Roberts was the police sergeant in Rhos for a very long time.

In 1893, Sergeant William Roberts and P.Cs. Parry and Rees were called to a house in Ponkey where a man had attempted to kill his wife by striking her on the head with an axe.  He then attempted suicide.  They both survived and the attacker was found to be insane at the time of the attack.  He was sentenced to be detained during her Majesty’s pleasure.

It is  believed that Arthur Angustus Roberts took his duties very seriously and his house was filled with all sorts of shoes and boots to enable the children go to school. 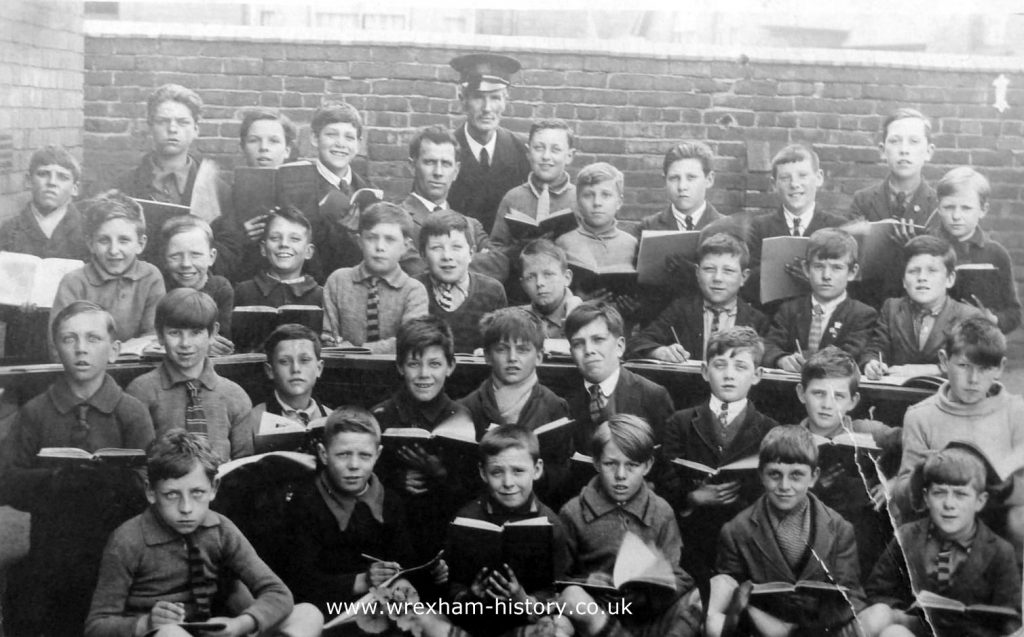 Margretta Elizabeth was the daughter of Jane Jones and Thomas Shaw who had married at St Giles on 1 January 1845.  Thomas Shaw was a grocer and living in Chester, his father was also Thomas [more]

THE GRAHAM FAMILY Matthew Graham was born about 1834 in Scotland, and by 1871 he was living in New Ferry, Bebingon where he was working as a coachman. His wife was Helen Connell who also [more] [more]