Pwll-yr-Uwd was a large Elizabethan house dating back to the 15th century, situated in the low-lying area in Wrexham Regis off the Holt Road. It was a two and a half storey building built in half-timber construction with wattle and daub infill, the lower part of the house being built in random rubble stonework. The gables were decorative and the roof was of slate with tall bold brick chimney stacks. Close to the house were a cluster of farm buildings and near the homestead was a large pool of water from which the house derived its name. Most of the land surrounding the holding had been the common grazing land for the district, but was enclosed under licence in 1581.

Pwll-yr-Uwd was a small estate of 70 acres which had been built for the Puleston family who had settled at Hafod-y-Wern. The estate came into their possession in 1580 and later, in 1661, came into the possession of Hugh Puleston and his wife Jane, who was the daughter of John Evans of Llwyn Egryn. Hugh lived at Pwll-yr-Uwd until his death in 1666 and Jane, his widow, lived on in the house until her death in 1686. During this period the farm was let to a tenant farmer who lived in part of the house with Jane. The estate was then inherited by Robert Puleston and his wife who was the daughter of Ambrose Lewis (the first).

The Lewis family had grown wealthy through marrying into various rich estates. When Richard Puleston inherited Pwll-yr-Uwd estate, he was the fourth son of the third wife of John Puleston of Hafod-y-Wern, who was the grandson of Madoc Puleston of Bersham. Richard’s wife was the daughter of Meredith ap Thomas of Porthamel in Anglesey. The estate remained in the Puleston family for many years, until 1714 when the male line died out. Mary Puleston inherited Pwll-yr-Uwd and married Peter Potter, a book-binder from Chester. In 1784 the estate passed into the ownership of Robert Bamford-Hesketh of Bromford Hall in Lancashire, who had married Frances, daughter of John Lloyd, Vicar of Llanasa.

Previously he had been curate at St Giles Parish Church, Wrexham from 1748 to 1759. The Rev. John Lloyd was the son of William Lloyd of Gwrych estate, Abergele. He had mar-ried Eleanor in 1748, daughter of Ambrose Lewis (the second). Thus through marriage all the estates of the Ambrose Lewis family came to John and Eleanor Lloyd, which included Pwll-yr-Uwd. In 1768, it appears that the Pwll-yr-Uwd estate was now being let to various tenant farmers; John Hughes was one of the first tenants to occupy the farm. He farmed the holding until his death in 1775 and was buried at Wrexham. His son, who was also John Hughes, inherited the tenancy and according to the Rate Book, was still farming there in 1788. John Hughes junior, in 1784 married in London Mrs E. Cooke, widow of John Cooke, of Swith’s Place, Flintshire.

They lived at Pwll-yr-Uwd for about two years, when Mrs E. Cooke died in November 1786 and was buried at Wrexham. The Pwll-yr-Uwd estate was inherited by Edward Holt of Chester, through his marriage to Maria, another daughter of the Rev. John Lloyd of Gwrych, Abergele. She was the grand-daughter of the 3rd Ambrose Lewis. During the period around 1816, Charles Davies, a farmer, held the lease. The house and buildings at Pwll-yr-Uwd were demolished in the late 19th century and on the site a Council housing estate called Spring Lodge was built. The holding was known as Spring Lodge as far back as 1810, and was sometime spelt “Pwll-yr-Ywd”. 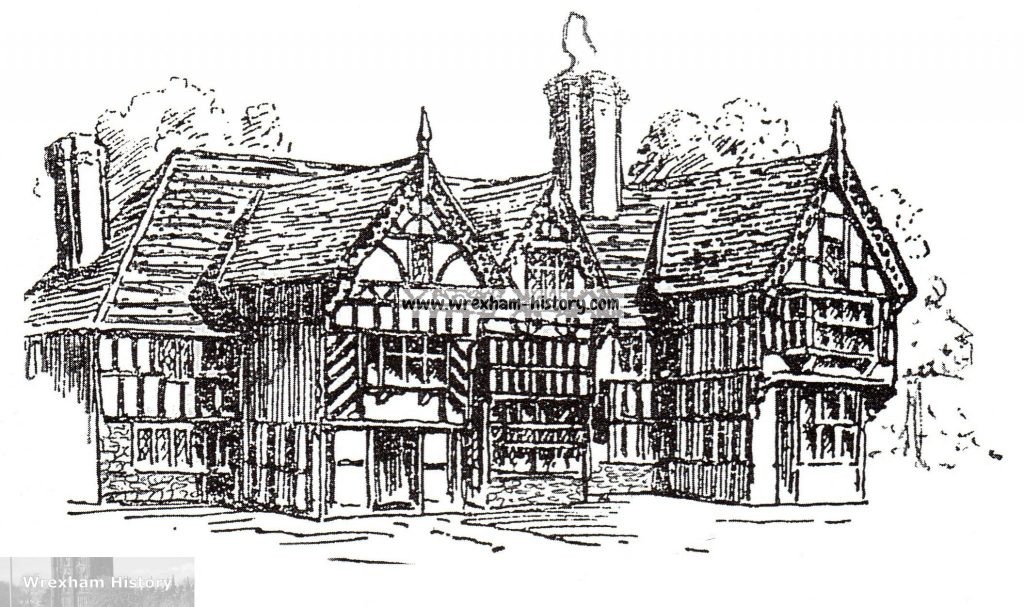 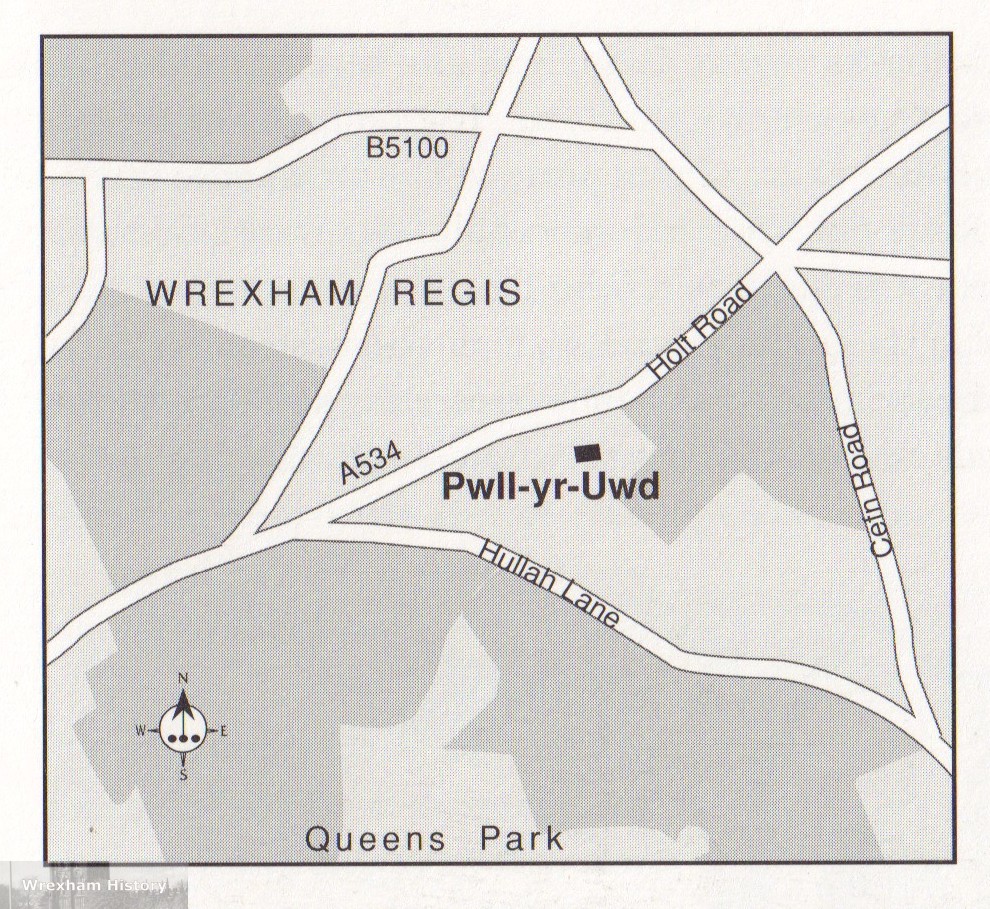