A local story claims that General De Wet, the Boer leader who became commander in chief of the army during the South African War, was in reality George Hammond Whalley, heir to Plas Madoc and that a photograph taken at that time clearly shows his features. But according to De Wet’s biography, the general was born in South Africa in 1852, so that the mystery of what eventually became of the heir still remains, although it is known that he was engaged in anti-slavery activities in 1874.

Set up on Garth Mountain to commemorate the coming of age celebrations was what many people may recall as Whalley’s Folly, originally called the Hampden Monument. This was started shortly after the event and was certainly in the course of erection in 1872 when Whalley senior conducted bonfire night celebrations around its base. This has by now disintegrated and only a few stones remain.

King William’s Tower, where the father died was now in a very dilapidated state, but the attached keeper’s house was occupied by Mr Keith Rigby. Among the last occupants of the hall were Mr Charles Morris, secretary of the old Hughes and Lancaster (later Air Products) Engineering Works, and his daughter. Miss Connie Morris.

Mr John Jones, head teacher of Rhosymedre Church School and his family also lived there from 1933 to 1947. His son, Prebendary Glyn O. Jones, was Vicar of Baschurch and was formerly of Gobowen.

The last occupant of the home farm near the hall was the late Mr Frank Davies and in the vicinity of this farm was the pond with an island in the middle mentioned further in the coming of age celebrations in connection with the greasy pole competition. All these features, of course, have been obliterated by one of the biggest housing estates in the area in its day, both hall and parkland were a distinctive part of the land-scape seen to advantage from the Rhosymedre Ruabon road. Like many halls of this period Plas Madoc was reputed to be haunted but with its demolition its ghost must finally have been laid. The tunnel under the road near the old toll bar, through which a railway ran across the parkland from Delph Brickworks ‘to the main line near to the old Wynnstay Colliery, had  been filled in.

A day of great celebrating

The event fell on May 27, 1872, and was marked by the firing of a cannon in the estate grounds at first light followed by the pealing of the bells of Ruabon Church which continued throughout the day. After lunch at the hall, tenants marched to Ruabon railway station to welcome others from the Whalley estates in Montgomeryshire. A return was then made to Plas Madoc and a further procession of more than 2,000 Sunday school scholars made its way around Cefn and Rhosymedre, returning to the park under a decorative arch set up by the licensee of the Hampden Arms. The crowd then assembled around a platform which had been raised opposite the front entrance to the hall and on which the gentry and clergy of the neighbourhood were seated and from which the hope was expressed that the heir would settle down among them and follow in his father’s footsteps.

Presentations included a silver cup, a silver goblet and a family Bible. The celebrations were concluded with a monster tea party at which the commemorative mugs were distributed and this was followed by sports, the highlight of which was a competition in which contestants had to clamber along a greasy pole laid from the edge of a pond to an island in the middle. The prize was a large piece of mutton.

The heir had by then joined the Royal Navy in which he eventually became a captain. It is believed that he lived for a time at Plas Madoc, but there is a story that he settled in South Africa and took part in the Boer uprising. In 1890, a Mrs Foot, a daughter of the MP, was living at Plas Madoc, but by 1892 part of the estate had been taken over by J. Coster Edwards, the industrialist, and another part for a period became integrated in the Wynnstay estate. The Whalley’s were lineal descendants of John Hampden, one of the signatories of the warrant for the execution of Charles I, and cousin to Oliver Cromwell. Although an MP for Peterborough, G. H. Whalley took an active part in the affairs of this neighbourhood and through his efforts the Bill for the abolition of turnpikes, which was of particular benefit to Wrexham, was passed. He gave Cefn its first water supply and he is credited with introducing the idea of the National Savings movement which he suggested when chairing a meeting in Cefn. He died at King William’s Tower, Garth, in 1878 and is buried in the family vault in Ruabon Churchyard. 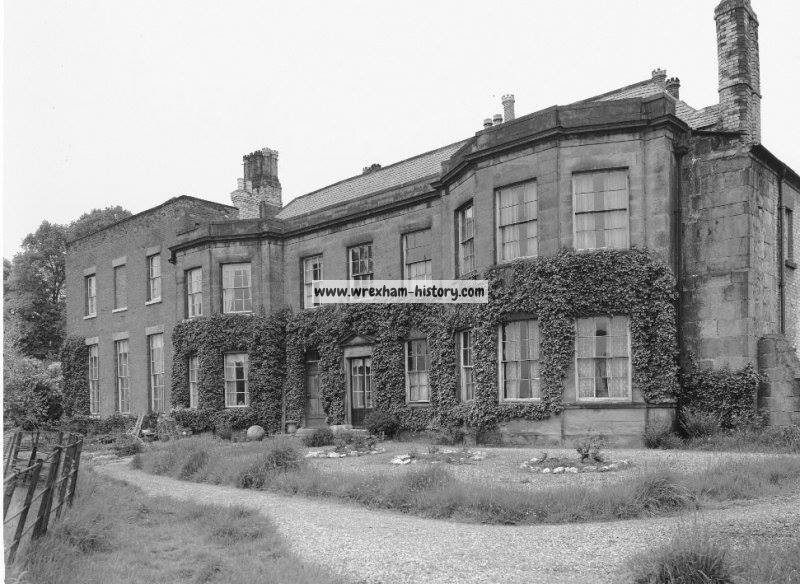 Opened 8th February 1974 closed as Plas Madoc Leisure Centre 24th April 2014. The final hour in photographs supplied by Paul Davies. Thanks must go to the staff who have served the community for so [more]

The result of the Inquiry into the circumstances of the accident which occurred at about 4.05 a.m. on 25th January 1928 on the Cefn Viaduct, between Chirk and Ruabon, on the Shrewsbury – Chester line [more]