It was also believed to be known as Peppers Place, Wrexham’s original nightclub and it opened circa 1970 (Pat Collis).

The club was owned in 1980s by Kerry Wycherley, known by many in Wrexham as ‘Mr Clubland’ and was said to be the place to go in Wrexham in its 1980s heyday. Mr Wycherley was from the Pentre Broughton area and died June 2013, aged 64. It was latter re-branded as Peppers. The club was in the family for many years and Kerry used to always enjoy going there.

June 2013 saw the nightclub – which has been empty in recent years – go under the hammer at auction in Liverpool and was sold for £100,000 following Mr Wycherley’s death.

It was relaunched as Sgt Peppers circa 88/89 to try to compete with the CottonClub / Razzamataz owned by Wrexham’s other Mr Clubland Mike Robbins. (Lance Moran).

In the 1980s, it was the only place to go in the town. A lot of people will have a lot of fond memories from nights at Peppers and meeting up at the Amble Inn across the road to start the night off.

(If you are able to offer further information on Peppers, then please let us know). 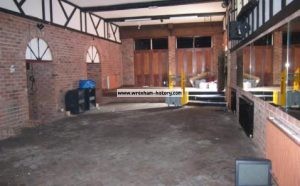 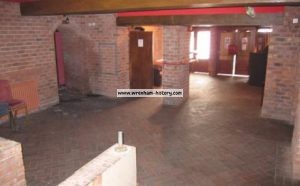 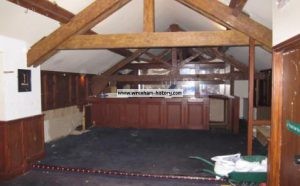 It was part of the town’s legacy and is now just a fond memory.

Gas Masks during the war. By September 1939 some 38 million gas masks had been given out, house to house, to families. They were never to be needed. Everyone in Britain was given a gas [more]