On the border of England and North Wales in an area known as Maelor, three large American Army Hospitals were built in preparation for D-day casualties.  Penley Hall no. 129 General Hospital with 1,000 beds, Llanerch Panna No. 83 Station Hospital with 800 beds and a 200-bed hospital in Iscoyd Park near Whitchurch. After the war, in August 1946, detachments of the Polish Resettlement Corps arrived from Italy, with former Polish Army field hospitals in tow. The now empty hospital buildings in Llanerch Panna became Polish Hospital no. 11, those in Penley Polish Hospital no. 3 and those at Iscoyd Park no. 4 Polish (TB) Hospital. 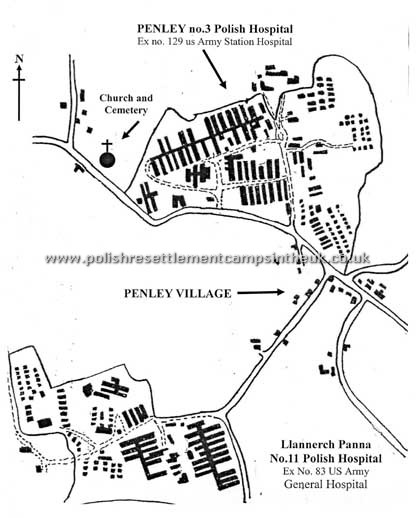 The roots of the Polish field hospital that came to Penley in 1946 goes back to the dark days at the start of war in 1939. Sixteen days after Poland was invaded by Germany from the west Russia invaded Poland from the east, thousands of Polish citizen’s men, women and children were deported by the soviets to gulags and labour camps to the depths of Siberia. Germany’s attack on the Soviet Union brought a short amnesty which enabled a Polish Army to be formed under the command of general W. Anders. All the able-bodied men joined the army and the women joined the PSK (similar to the British A.T.S.) and nursing services. 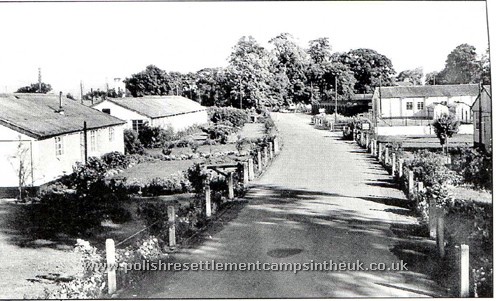 This was the beginning of an epic journey from Siberia through Persia, the Middle East, Iraq, Palestine, Egypt, Italy and ending in Penley in the UK. It is almost impossible to describe the nightmare journey through Siberia to Pahlavi in Persia, with just a small supply of drugs and little equipment. People were suffering not only from malnutrition and exhaustion but dysentery and malaria which resulted in a death rate of over 25 patents daily, the most venerable were the young and the elderly.

On arrival in Persia the surviving civilian population were sent to DP camps in Africa and India and the hospital followed the Polish Army through the Middle East to Italy, where the Polish 2nd. Corps was fighting side by side with the British 8th.army.

In August 1946, the field hospital was shipped lock stock and barrel to the UK and made its home in the three empty hospital camps in Maelor.

Originally the hospitals were staffed and equipped for the treatment of sick and injured Polish soldiers but in 1947 the military hospitals were taken over by the Ministry of Pensions for the treatment not only of Polish war pensioners and ex-servicemen but also their families. In 1949 Llanerch Panna closed down and the patients were moved to hospital no. 3 in Penley and hospital no. 4 at Iscoyd Park. Iscoyd treated patients with TB and mental health problems. With the introduction of antibiotics the TB cases diminished and in 1956 Iscoyd Park was closed and the remaining patients were moved to  Penley hospital.

By now hospital no. 3 in Penley evolved into a general Polish hospital catering for the needs of all Polish patients, young and old, with language difficulties living in camps throughout the North West and the Midlands. Courtesy of the American army leaving most of the equipment intact the hospital was well equipped, with its own X-ray department, physiotherapy, operating theatre and many other departments including a maternity unit.  Many second generation Poles were born there, sadly not all survived, among the 180 Polish graves in St. Mary Magdalene churchyard Penley, there are some 60 odd Polish babies and infants buried with only a handful of head stones still standing. These children were born to parents in a poor state of health after the ravages of war and concentration camps.  The first baby to be buried was Eva Maria Aynewska, aged 8 hours, buried 19 November 1946.

Penley the largest of the three camps housed not only the Hospital but also doctors, nurses and all the auxiliary staff and their families needed in running the hospital. The camp had its own nursery, entertainment hall, club room, a full-size snooker table and a well equipped cinema with authentic cinema seats.

One of the barracks was converted into a church. So, life for the Polish people running the hospital did not differ from other family camps that were scattered around the UK. the same Polish cultural and religious traditions were observed. This family atmosphere also benefited the patients who, where possible, were involved in the community life.

The church dedicated to “Our Lady of Ostrabrama in Wilno” had an icon of Our Lady of Ostrabrama which was made, from empty coffee tins, by Polish soldiers in the Military Hospital at El Kantara in 1943. This religious symbol followed the hospital through the Middle East, Italy all the way to Iscoyd Park and, when that Hospital closed in 1956, the icon adorned the camp’s church in Penley until its closure in 2002. Today the icon and its history can be see in all its glory in the newly build Hospital. 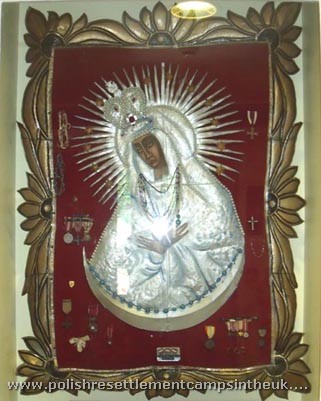 In 1961 with an ageing Polish population the hospital took on a new role, caring for the old, disabled and chronically sick in need of constant hospital care. Over the years with a dwindling Polish population in need of hospitalisation, Penley hospital was winding down from 720 beds in 1947 to a handful by the late 1990s.  In 2002 the hospital housed only six patients who occupied just one of the 30 wards on the site.

It was not uneconomically viable to keep the whole site open for a handful of patients so a new single-storey unit with bungalow-style eight room accommodation was build close to the original camp and opened in 2004. The new facilities provide patients with individual rooms with much greater privacy and dignity and a more comfortable environment for their long-term care and respite. 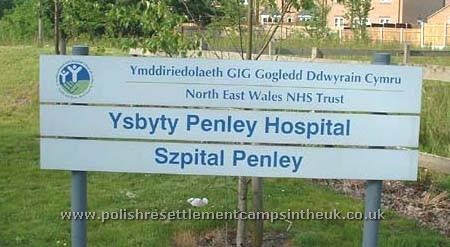 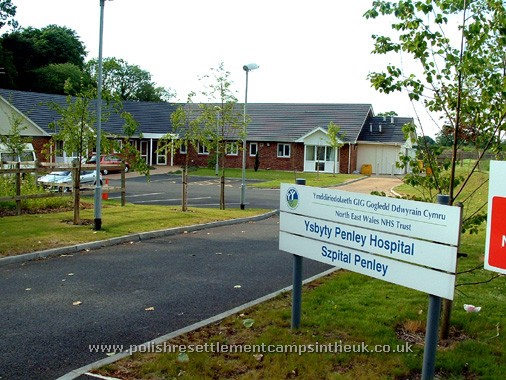 The camp in PENLEY. Photos taken in 2006

Some of the old camp and hospital buildings that still remain on the site are used by small businesses. 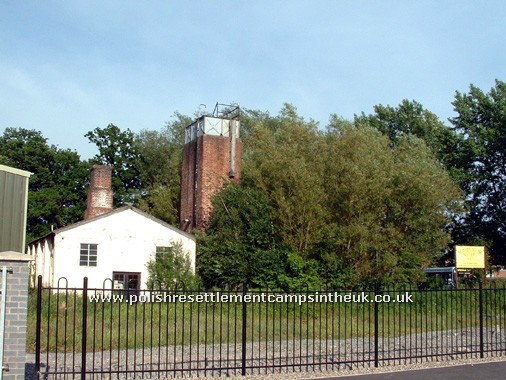 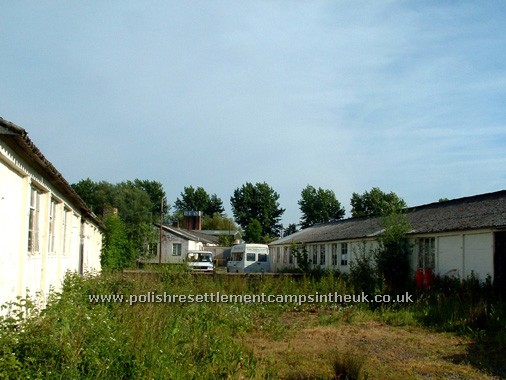 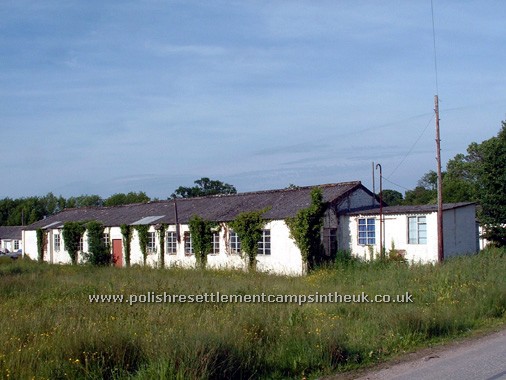 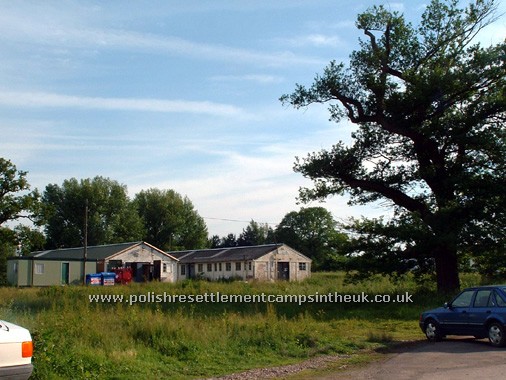 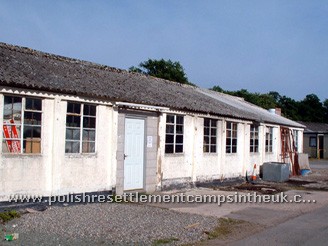 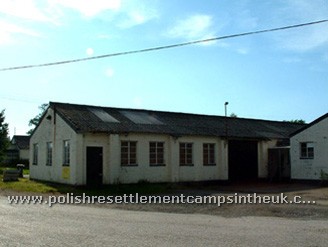 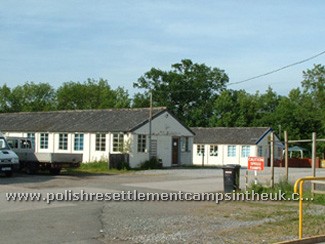 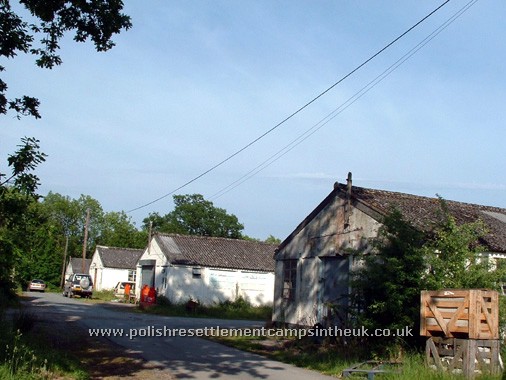 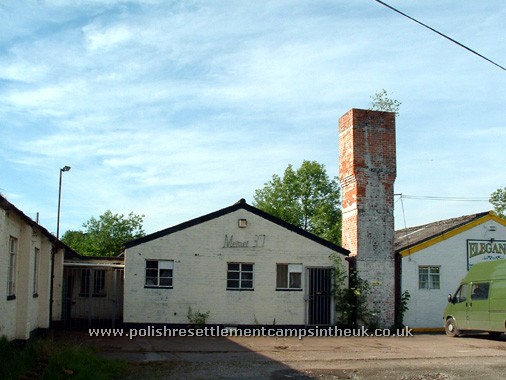 Other than the barracks that for over 55 years served as a Polish hospital, treating not only wounded soldiers but also civilians, the other reminder of a Polish presence in the area can be found in a number of cemeteries containing the graves of over 280 Polish servicemen as well as the 180 civilian graves in Penley churchyard.

There are 2 books with further information  and photos “A Millennium History of  Penley” and ” The Spirit of Penley ” both written by Shirley and Derrick Pratt. Also  “Penley A History of the Polish Hospital in Pictures 1946-1999” written by Keith B. Jones

More information about the people can be found here Penley People.

Penley, St Magdalenes Church. The Church and Churchyard borders what is today Penley Industrial Estate but, between 1946 and 1999 it served as the Polish Hospital. All the enteries made were transcribed from a copy [more] [more]

ROC Monitoring Post Brymbo Since its inception in 1925 as in integral part of the UK air defence system, the primary role of the Royal Observer Corps (ROC) was the recognition and identification of hostile [more]

Rare documentary footage of the Polish Hospital at Penley. A unique community which ran like a transposed village from Poland before the war . . . one of many movies of this remarkable place filmed [more]