Opened on Monday 7th December 1936 with 443 Seats showing the film ‘Limelight’.
British Sound and Projection equipment installed at the Palace were said to be ‘far superior to anything that they had been able to achieve in America’.

Each year from 1946 until 1951 the cinema was closed for a week for the Broughton Amateur Pantomime Company’s performance of their Pantomimes.
Kingsley Herniman took over as Manager of the Palace in July 1948 and the Palace was part of a group of eight under Deeside Enterprise Cinemas Ltd.

The Palace closed on 9th May 1953 for a complete refurbishment and modernisation. Cinemascope along with new projectors and a stereo sound system was all installed. The cinema re-opened in just over eight weeks on 6th July with a full length film of the Queen’s coronation, and the conquest of Everest.
In October 1958 Mr Herniman handed over management to his wife Joan Herniman.

The Palace continued for another year but on 5th December 1959 the curtains closed for the final time.
The last film to be shown at the Palace was believed to be “The Vikings”. 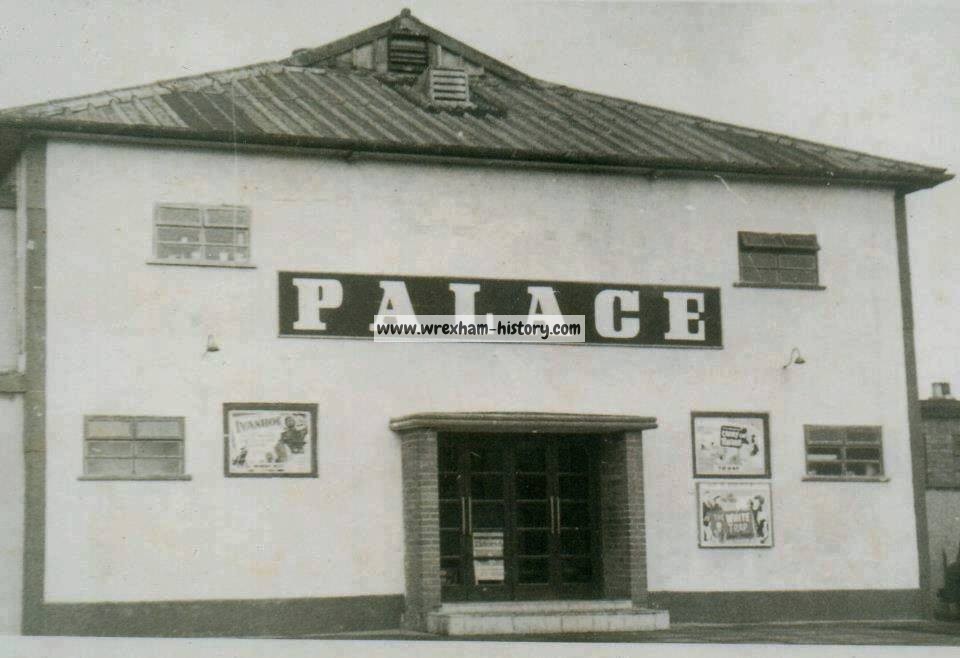 The Empire Music Hall was built by John Scott of the Seven Stars and opened its doors on 1 April 1902. It was designed by Liverpool and Dolgarrog architect Thomas Price. It boasted a seating [more]

The Odeon Theatre was built for and operated by the Oscar Deutsch chain of Odeon Theatres. It opened on 13th March 1937 with Paul Robeson in “Song of Freedom”. Designed by architect Harry Weedon who [more]

Majestic Cinema, Regent Street, Wrexham Built in 1910 as a skating rink, known as the Rink & Pavilion, it was designed by the Liverpool based architectural firm G.E. Marshall & Co. However it was just [more]