Dropping Night Soil on the Streets of Wrexham.

Every house prior to the creation of sewerage systems had the problem of removing and disposing of human excrement, politely referred to as night soil.

On the 17th November 1858, a Wrexham Magistrate made a complaint that, “there was a quantity of night soil upon the streets of a very offensive nature”.

Police Sergeant Nadin was called out to investigate the problem.  He found the offending night soil and he traced the trail from Chapel Street to the Cock public house.  By making enquiries he revealed that the night soil had fallen from carts belonging to Mr Parry of Borras Hall.

Police Sergeant Nadin approached Mr Parry to ask him the names and addressed of the men who were responsible for the carts from which the offensive material had fallen onto the streets.  . Parry was uncooperative, and he refused to give the names and addresses of the men to Police Sergeant Nadin.  . Parry instead stated that he would go to see the Mayor of Wrexham himself to beg his pardon.  It was subsequently revealed to the Court that the men responsible for the deed were Thomas Case and Nicolas Baker, two servants in the employment of Mr Parry.  For this offence the court enforced a fine of £1.2s. 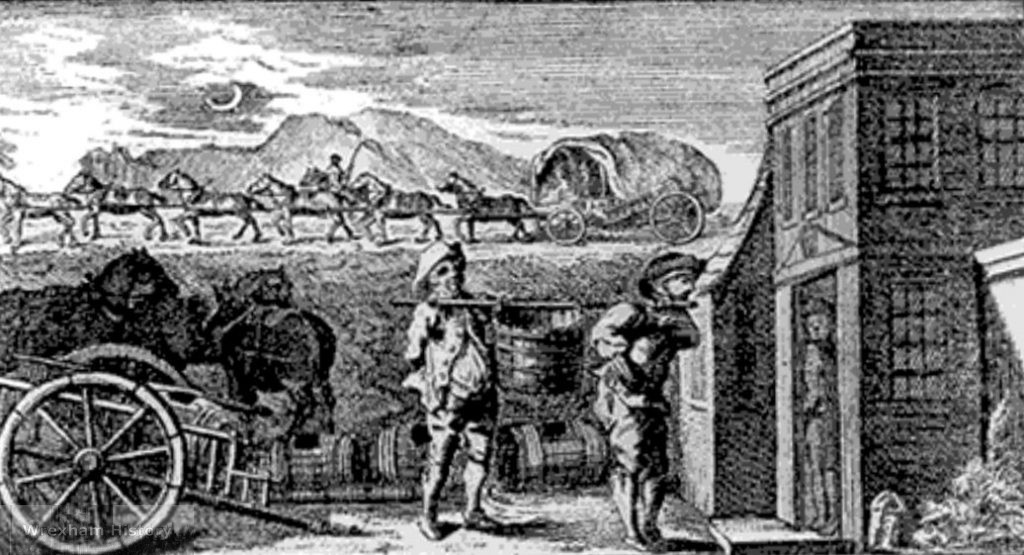 Wrexham Victoria Council Schools. The above tablet in marble and brass in remembrance to those Old Boys of the above school who fell in the great war. It is a fitting mark to Mr. Chas. [more]