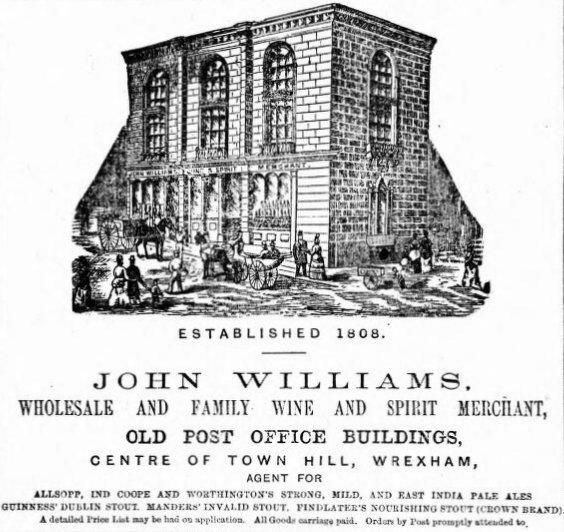 Also resident at the 1881 Census was General Assistant Margaret Ann Griffiths (20) of Llangollen and Domestic Assistant Emma Edwards (17) of Wrexham.

A grainy view of Church Street, Wrexham in 1881

Wrexham with a population of over 70,000 inhabitants; within a radius of five miles of the post office, is at last to be provided with an up-to-date theatre. The site chosen for the building is [more]