James was born June 15th 1831, the son of Thomas Rogers, Erddig Carpenter. James was apprenticed to his father in the Erddig Joiners shop.
He married Erddig Housemaid Jane on October 29th 1855 at the Parish Church Birkenhead. Jane’s father, Edward Evans was a grocer.
Jane was born 1827 in Gwyddelwern near Corwen.

Their children were: George Ellis, Sarah Jane, Ellenor, Maria and Thomas.
The children were educated at the Tenters Square School, Penybryn, Wrexham.
All the generations of the Rogers family lived at Bryn Goleu on the Erddig estate, Thomas and his wife Sarah living with son James and his wife till their death.
In 1870 his father Thomas retired as carpenter at Erddig aged 85. James replaced him as Head Carpenter. On the 1871 census the family were all still at Bryn Goleu with 5 children living at home, plus mother & father Thomas and Sarah aged 88 and 81, and a lodger. 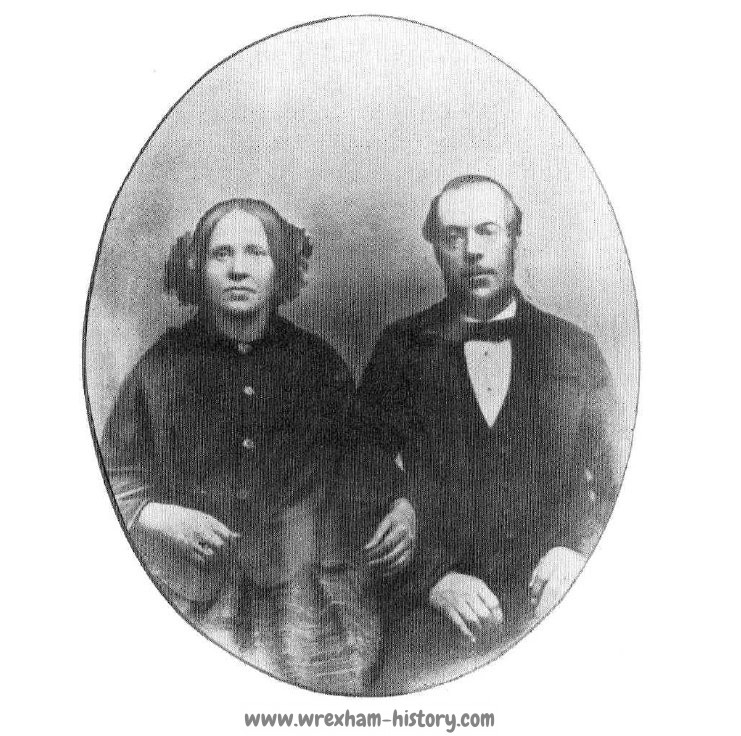 James’s father, Thomas died on 19 March 1875.
However, James fell out with William Hughes the Agent for the Erddig estate. William Hughes asked the family to move out of the house that the family had lived in for 2 generations.
In 1885 James and his wife left Erddig and went to run a provision shop at 39/40 Penybryn, Wrexham next to the Highgate Inn, James working as a carpenter and daughter Maria ran the shop. 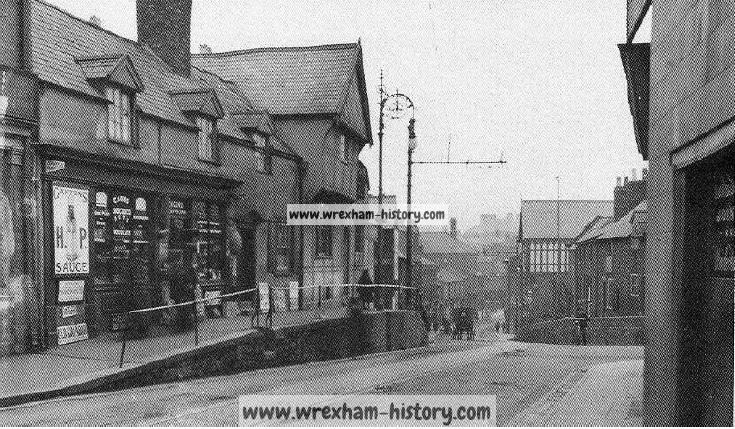 At about that time James bought property in Bath Road, Wrexham with a tenanted house on it.
On August 22nd 1889 James’s wife Jane died. James died in 1899. He is buried in Ruabon Road cemetery to the right of the main gate, in the same grave as his wife Jane, and later, his daughters Eleanor (Nellie) and Maria, and son Thomas. 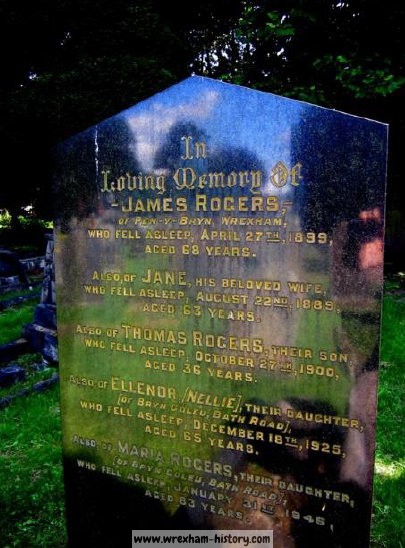 A year in the life of Victoria Junior School Sept94-July95. Street and school party in celebration of the 50th anniversary of the end of World War Two. To add names use our contact form stating [more]

Ann Griffiths was born about 1829 in Whitford, Holywell, her parents are unknown.  By 1861 she had left Wales and was working as a servant in the Marine Hotel, Liscard. The Marine Hotel was quite [more] [more]