When Bonnie Prince Charlie wrote to Lady Primerose of Berse Drelincourt under her pseudonym of “Miss Fines” and addressed her as ” Dear Sister” it may have been a very different relationship he had in mind. The Jacobites in Wales were supported, in word if not in deed, by Sir Watkin Williams Wynn (III) of Ruabon who formed a Jacobite club, supporting the Stuart cause, as early as 1770. Scots pines are said to be planted at Jacobite houses to show the owners allegiance (trees at Leeswood Hall were said to be an example of this).

Peter (Pierre) Drelincourt, Dean of Armagh, built Berse Drelincourt in 1715. The house had two tunnels, one presumably for escape purposes which emerged behind hedges, the other possibly as a priest-hole. On the Dean’s death in 1722 he bequeathed £700 for a charity school or orphanage.

In 1739 his daughter married Viscount Primerose. The school was built in the grounds during 1747 and endowed the Dean’s widow, helped by public subscription, often from other Jacobite sympathisers. With two mistresses and 10 girls in the school, Lady Primerose reserved the right “to be the only visitor and the sale and absolute director of it in every respect”.

An historian, Dr.King, noted that “Charles Edward actually apperaed at one of Lady Primerose’s parties in London, in 1750”. While running the school, Lady Primerose was in communication with the Stuart prince. A letter from Charles to “Miss Fines” in 1751 warned people “concerned in your affairs” and another asked for his London home to be “furnished”. It is said that in 1752 a certain lady bore a son to the young “Chevalier St George” while staying on a French Estate.

The child was taken to England and entered the Navy in 1767 serving as Midshipman Douglas. (Charles had used the pseudonym Douglas while travelling incognito).

After Lady Primerose died, Berse Drelincourt became the residence of the curate to Berse Drelincourt Church, built in 1742 for up to 150 Welsh speakers. The house, now a listed building, had for some years suffered from neglect but much of the house and formal gardens have been refurbished.

In the garden is a star-shaped Millenium Maze, planted with around two thousand beach trees. 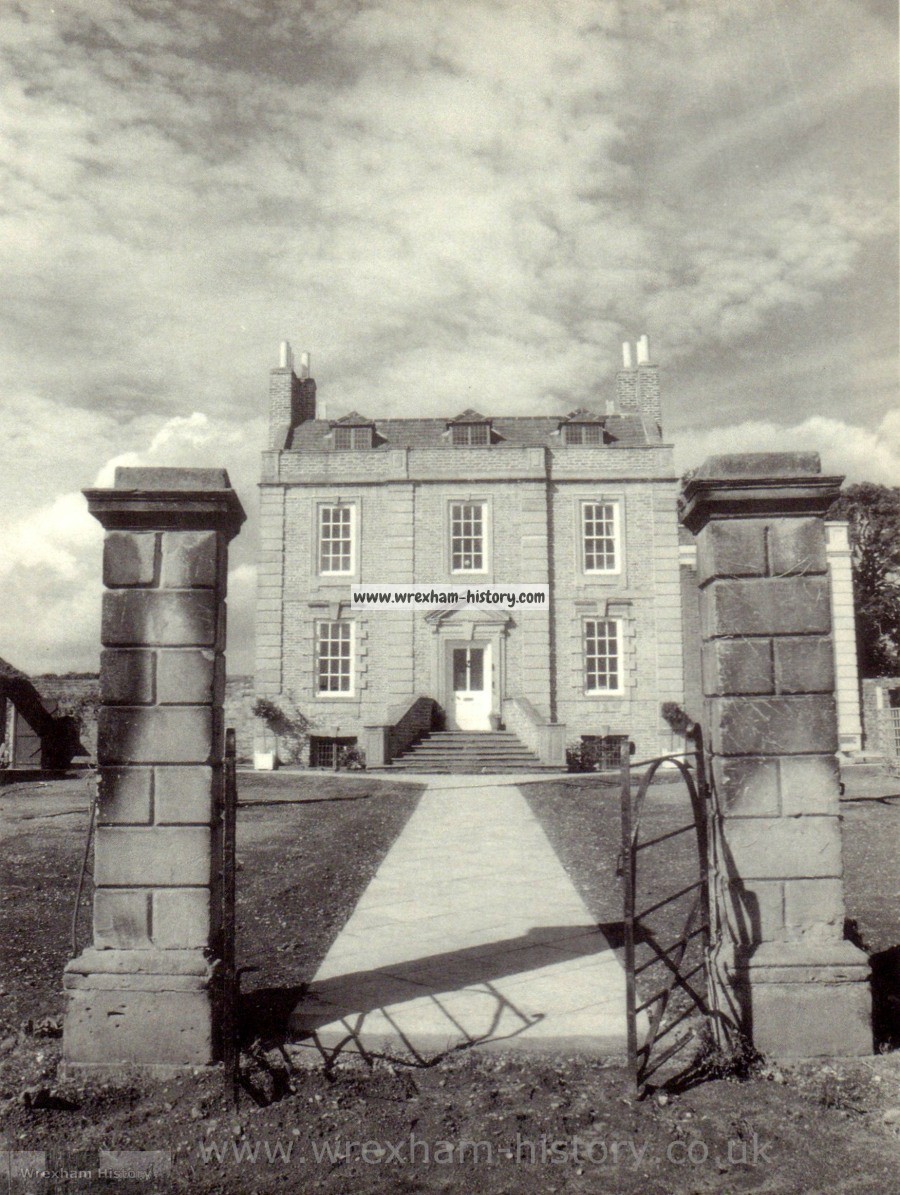