A charter was originally granted to Holt in 1285, in the reign of Edward I, when Wales had lost its independence following the defeat of the rebellious Welsh Princes. It was at this time that that work started on the building of Holt castle with the purpose of containing the attacks of the Welsh.

The Holt charter was granted to the burgesses of Holt, formerly known as the Town of Lyons, in 1563 by Elizabeth 1.

It contains her signature and has her Great Seal attached. This charter is a reaffirmation of an earlier charter granted in 1411 to the burgesses of Holt by the Earl of Arundel who was Lord of Bromfield and Yale. This was a time when the area in which Holt was located was subject to great turmoil due to the uprising of Owain Glyndwr.

Holt was the only English colonial town within Wales and the various charters conferred special privileges and duties on the inhabitants there. One of the duties was to provide one fit man for the protection and defence of the castle forty days in each year until the town was enclosed by walls. The walls were never built! 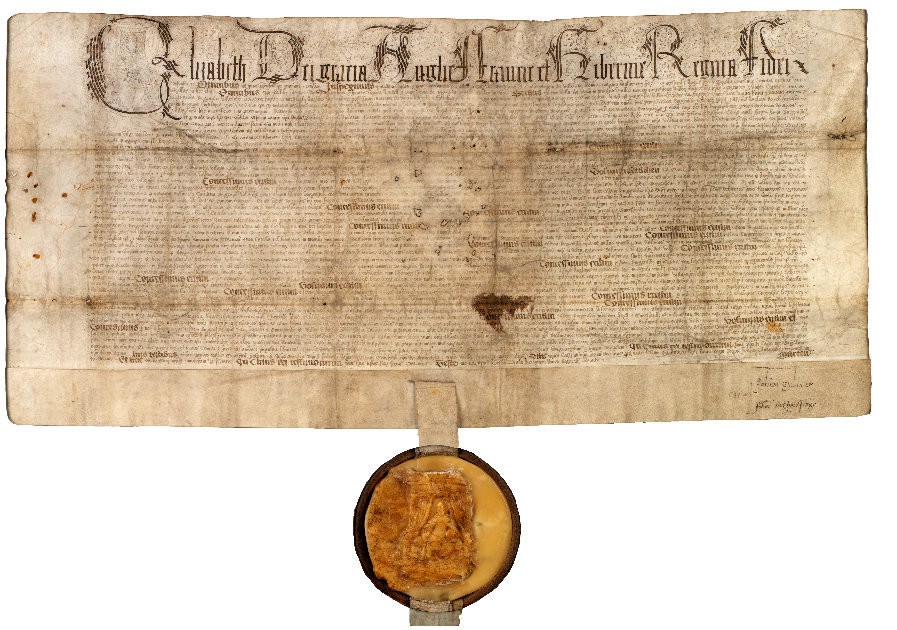 For further information why not take a look at Holt Village website.

The earliest documentary reference to the church is in 1379 but it is thought that it was established around the 1280s. Additions were made to the church and it was remodelled in the late 15th century [more] [more]