Starting life as an early 19th Century public house which is shown on the 1839 Tithe map and 1873 Ordnance Survey and today a farmhouse.

A 2-storey 3-window brick farmhouse with a slate roof and 3 brick chimney stacks. The asymmetrical front is divided into a single-fronted unit on the left side and double-fronted unit occupying the centre and right side. Windows are 3-light casements with sills, which are probably replacements fitted in the original openings. 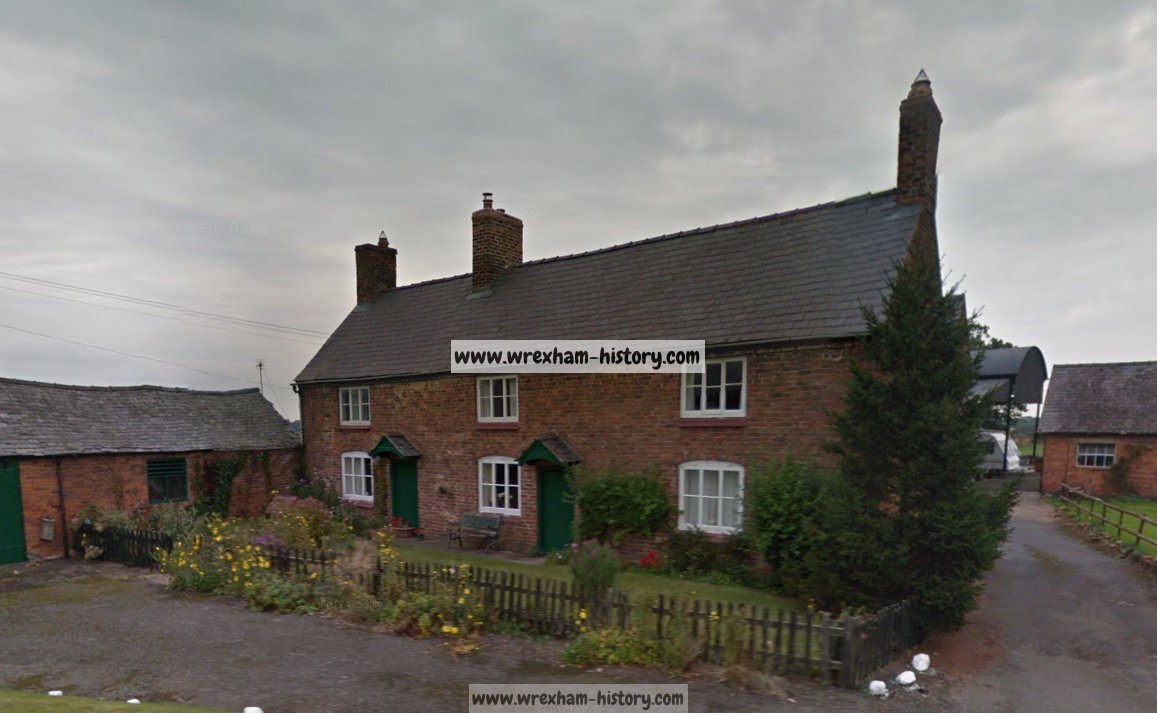 It was Grade II listed by CADW on 2oth October 2005 for its special architectural interest as a prominent former roadside public house retaining definite 19th century character, forming a strong group with the stable and coach house.

A Grade I Listed Building in Cefn, Wrexham. The lodge was built 1827-8 by C.R.Cockerell, for Sir Watkin Williams-Wynn, the fifth Baronet of Wynnstay. Sir Watkin commissioned a programme of work on the house itself [more]

Ice House to rear of North Stable Block at Emral Hall. Built as an ice-house for Emral Hall (1724-27) designed by Richard Trubshaw and Joseph Evans and may be contemporary with the surviving stable blocks [more]

This ornate dwelling was one of the largest half-timber constructed houses in Flintshire. It was built for Randall Broughton in about 1642. The infill to the timber work was in wattle and daub and the [more]