THIS week’s jottings have jumped the queue, but who can resist such a splendid piece of nostalgia as the postcard of the long defunct Glynn Cinema, passed to me by the Down Memory Lane editor. I was there, second house, balcony, for Hercules Unchained, the night it closed. For someone who has thrived on a diet of B-movie Westerns and horror films at the old Empire the last hours of the Glynn had been an almost spiritual experience.

There was a capacity audience, despite Guy Fawkes celebrations going on everywhere. As the 650-crowd streamed out of the gates for the last time their voices were hushes, like leaving a funeral service at Pentrebychan. Muttered “Goodnights” to Kate Nutter, manageress for the last five years, the odd sniffle, and a half-stifled sob, a last look at the black and white front and suddenly the flood-light over the projection box went out, leaving stragglers to find their way through the shrubbery and the big gates onto Queen’s Square in semi-darkness.

To the uninitiated the Glynn stood next to the old Carnegie Library building, where now Wrexham Maelor CEO, DCEO and other very important initials park their cars. I was also at the demise of The Empire Picture Palace (to give it its full name). on Saturday, August 25, 1956. But don’t ask me what was being from the Glynn. Few cared about the closure of the Empire and no one thought that within five years, before the Hippodrome was reincarnated, there would only be the Odeon left.

The Hippodrome closed for the first time in November 1959 for a redevelopment that has still to take place! Wrexham doesn’t realise how close it came to possibly have two “bomb sites” in the town centre! The Empire Music Hall converted to movies (silent) on October 31, 1910. The Wrexham Rink and Pavilion (otherwise the Majestic in Regent Street) became a picture house on May 1, 1911. But the Glynn had opened on September 23, 1910, the first purpose built cinema in North Wales. It would be nearly 30 years before Wrexham saw another built. Then it was the Odeon in Brook Street, which opened its doors on March 13, 1937. I can never remember the licence number of my present car but I can recall my Mickey Mouse Club membership number!

The Glynn was never part of a national distribution chain but was owned by a Liverpool-based company The Glyn Animated Picture Co., hence its comfortable, almost rural setting, with half-timbered frontage, imposing gates, and a short drive flanked by trees and shrubs. We’ll be charitable and say nothing about the noise on the roof when it hailed or the heads of tall people (like me) interfering with the projection beam as they found seats on the tiny balcony. The first manager of the Glynn was a Mr. Charles Bayley.

I forget who followed, but there was a dapper little man, evening suited with bow tie, who was there for 22 years from 1934 until replaced by the re-doubtable Kate Nutter who, for sixteen years, had put the fear of God into us Empire yobbos. Older readers will re-call the Nutter family with affection. In 1922 William Henry Nutter had taken up the post of musical director at the Hippodrome. He was an accomplished musician with a Trinity College degree.

All his nine children could play a musical instrument and he had a semi-professional five-piece family orchestra. His wife Gertrude lived to more than 60, old enough to see the end of Wrexham’s cinemas. She-played drums! Most people recall with pleasure the advent of “talkies,” but for the thousands of “flea-pit” musicians who accompanied the silent films, “talkie? proved a disaster. They were thrown out of work. Thus, began Kate Nutter’s long association with the administrative side of Wrexham’s cinemas as a humble cashier at the Glynn, where she would eventually end up as the last manager.

The new Guildhall on Llwyn Isaf was almost ready. All, that was lacking were car park spaces with those ego-boosting hieroglyphics. The rest is history! 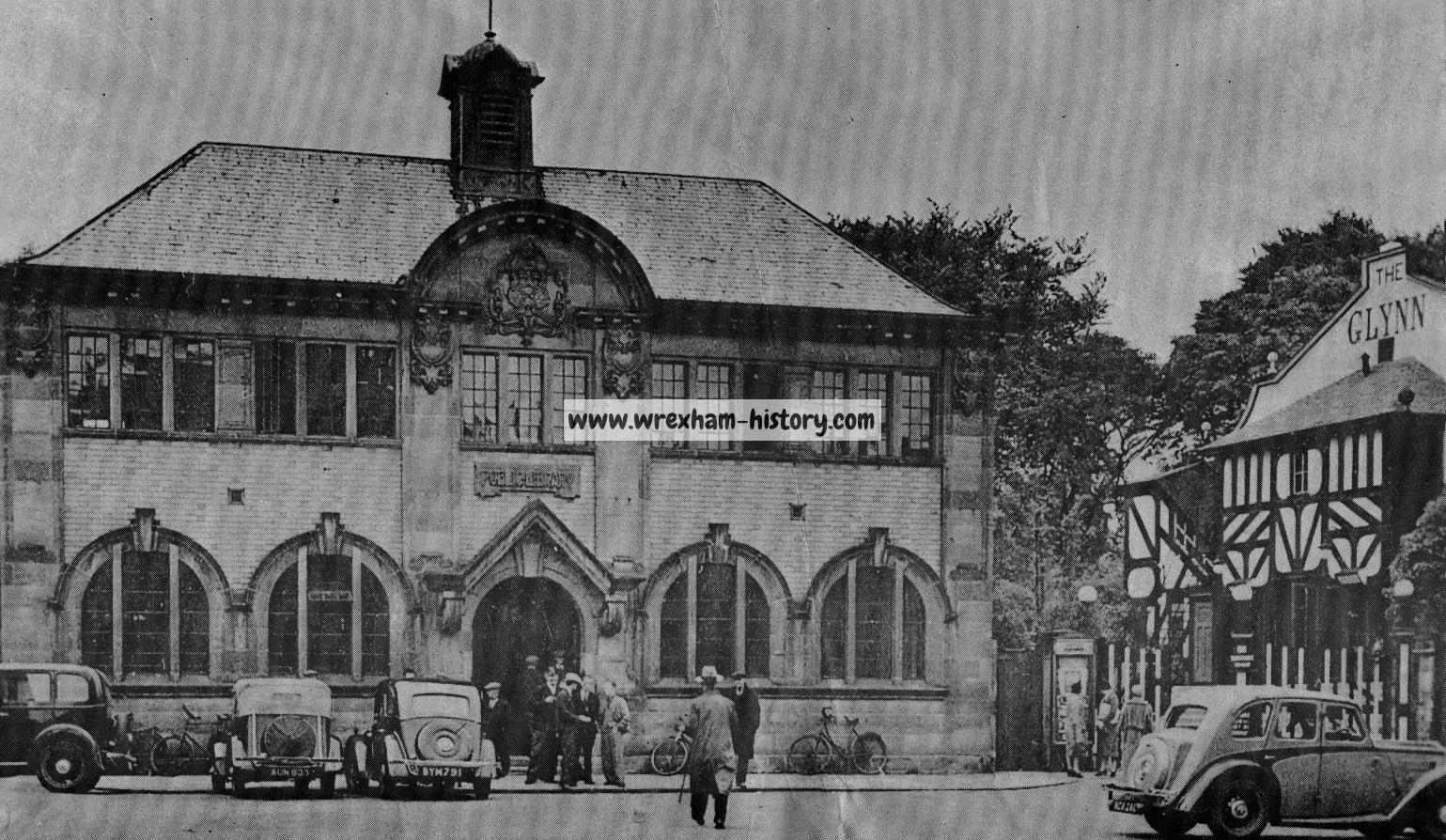 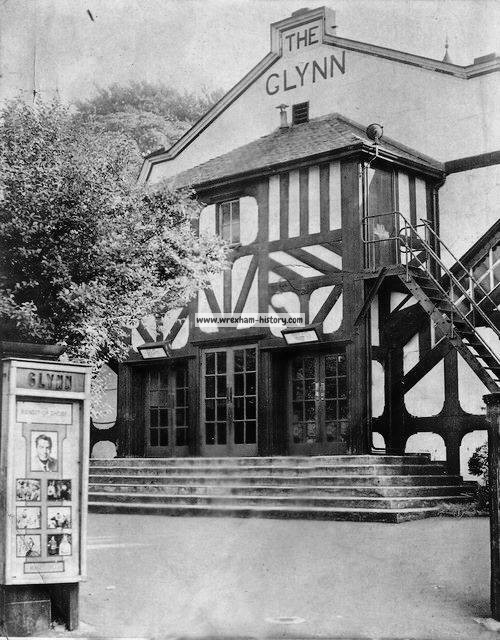 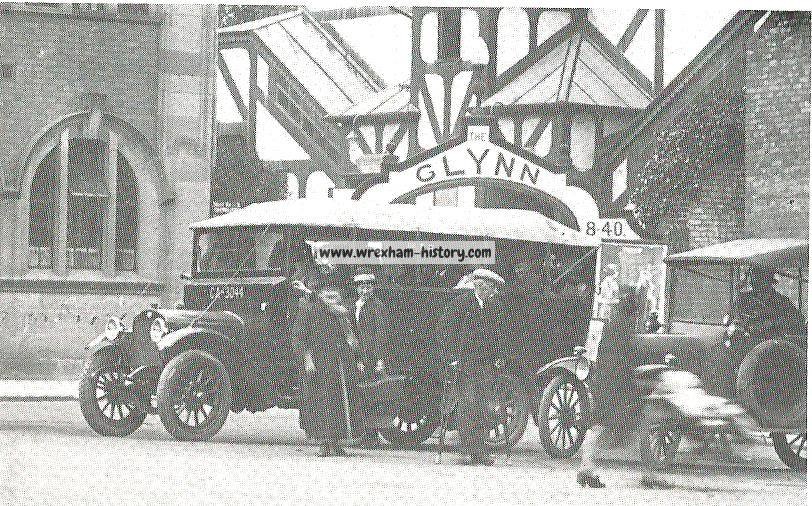 Built next to the Carnegie Library, the Glynn Cinema was a ‘temporary’ cinema building which opened on 23rd September 1910. Reputed to be the first purpose-built cinema in North Wales, it was a half-timbered building in a Tudor Revival style on the exterior. Seating in the auditorium was in stalls and circle levels.

The cinema was independently operated and was located on land taken on a 50 years lease from the council. By 1959, the lease was about to expire and it was not to renewed. The Glynn Cinema closed on 4th November 1960 with Steve Reeves in “Hercules Unchained”. The 50 years old ‘temporary’ building was later demolished and the site was used as a car park.

Eagle Foundry, Tuttle Street, Wrexham. Messrs. Cudworth and Johnson, Engineers and Millwrights, Iron and Brass Founders. The large amount of machinery used in the various industries carried on in and around Wrexham, rendered engineering an [more]