Three giant Lego bricks once stood beside the A525 Ruthin Road. The special 300 kilo bricks were installed outside the UK marketing headquarters in Wrexham during the 1990s. 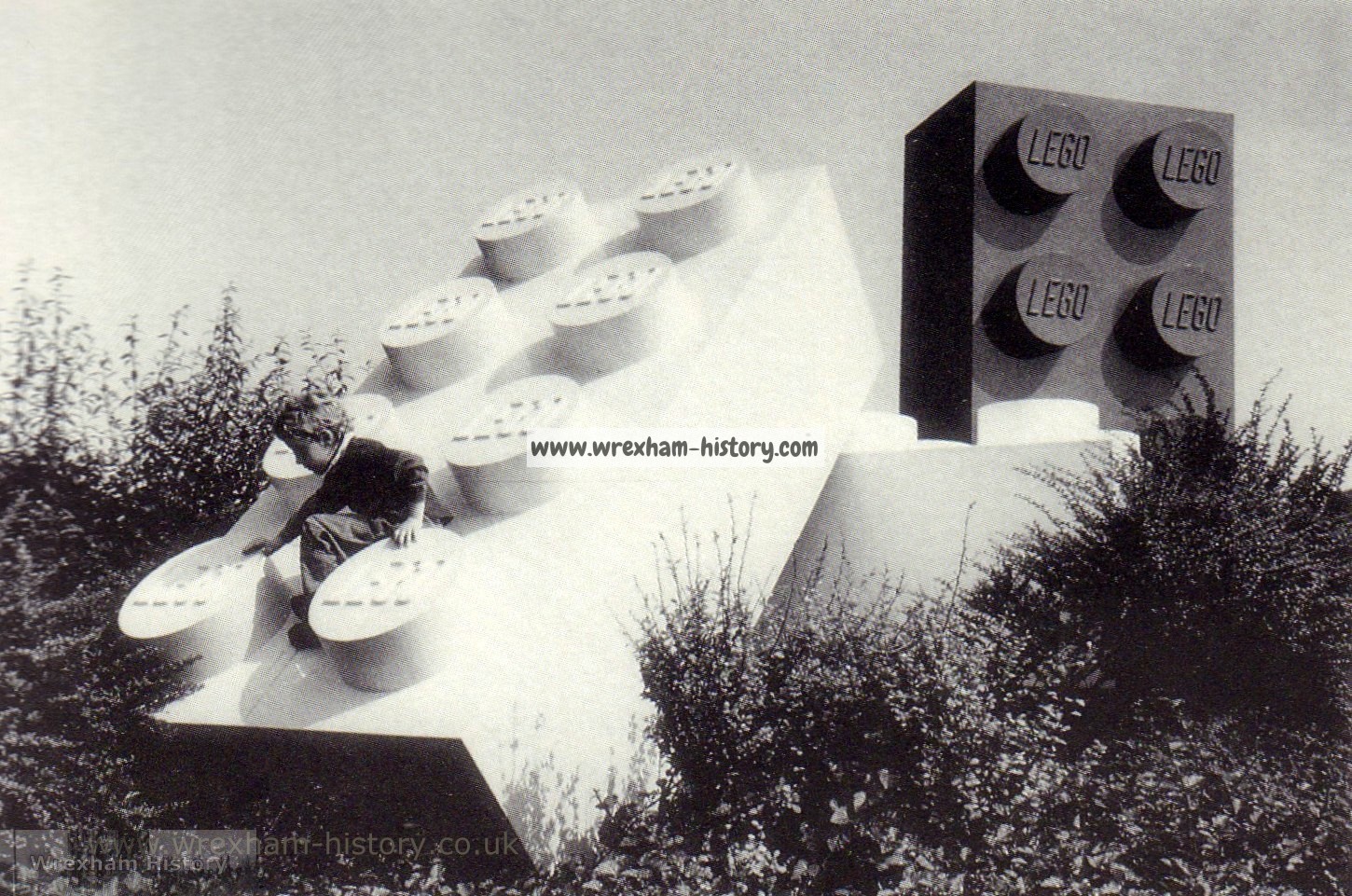 Inspired by a British design from Kiddicraft, the first plastic forerunner of the Lego brick was produced in 1949. Ole Kirk Christiansen, a carpenter by trade, had started to produce toys in 1932 and, in 1934, named them LEGO (from the Danish Leg Godt – play well).

By 1987 the Lego product was awarded the title ‘Toy of the Century’. The virtually indistructable moulded plastic bricks have, in some cases, been handed down through generations.

Jane Williams was born in Anglesey about 1823, she was the daughter of Hugh and Grace Williams of Careg-Cwrnach, a smallholding in Amlwch. In 1843 she married John Curry, a copper miner from the same [more]

James Henry Rotchell was born about 1872 in Bloxwich, Staffordshire.  He was the son of Thomas Rotchell and Roseanna Dewy.  In 1895 he married Sarah Jane Felton in Newport, Shropshire. The couple moved to Wrexham [more]

The PARKS Family – I only Yield thee what is mine

William Parks was born about 1830 in the Winsford area of Cheshire. He married Elizabeth Crawford in 1856 at St Johns Chester. The couple were living on Foregate Street in Chester, William was a boat [more]